River Thames: From Source to Sea by Steve Wallis 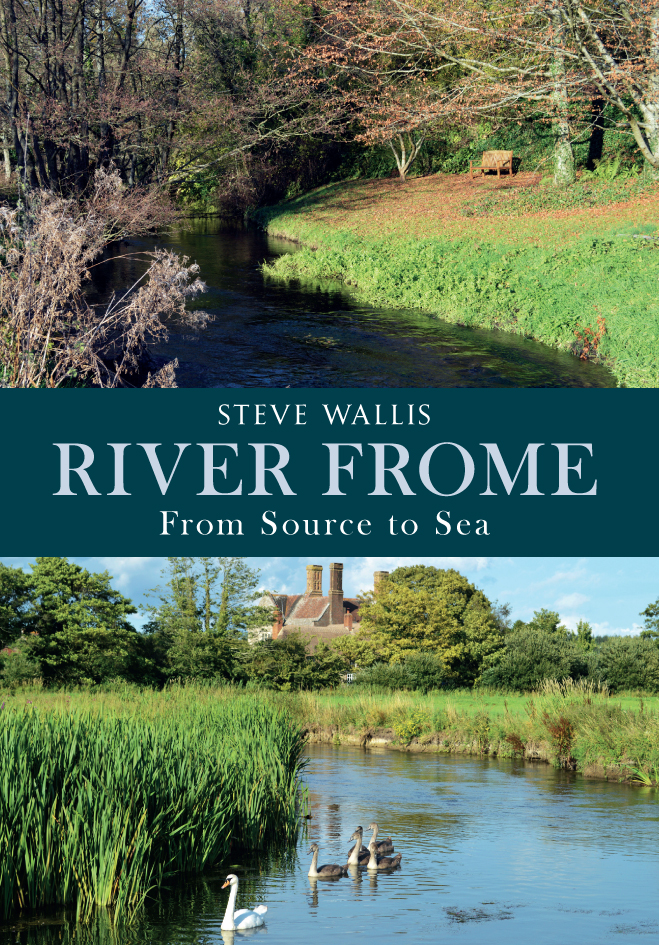 For me, writing about rivers started off in 2013 when I was discussing possible books with my contact at Amberley. He mentioned the ‘From Source to Sea’ series on rivers. I live in Dorchester in Dorset so what came to my mind immediately was the river Frome which flows past the town. This Frome is one of several of that name in this country, and runs entirely within Dorset. It passes lots of historic locations and scenic countryside, so that suited both Amberley and myself, and off I went! There were several surprises on the way to finishing the volume – like trying to work out if the accepted source of the river was really the true one when there were at least two other candidates (I came to the conclusion that the Frome proper only started when all these streams had joined together), and also one or two interesting encounters with flooding! 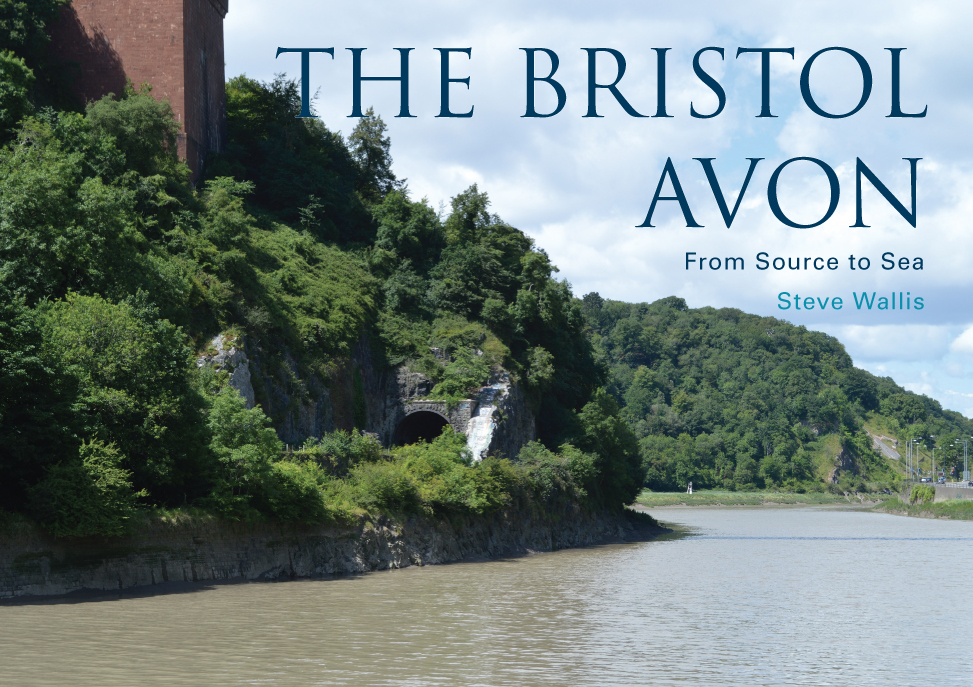 A year or so later I was getting ‘itchy feet’ to try another river, and spoke again to Amberley. The publisher was now looking for a book on a larger river, and after a bit of thought we decided on the Bristol Avon. This was relatively easy to reach from Dorset, and though quite a long river, it flows within a surprisingly small area – the Bristol Avon is some 75 to 80 miles long, but I worked out that a South Gloucestershire village called Pucklechurch is no more than 15 miles from every point along its looping course. There was even more controversy over the source – two rivers called the Sherston Avon and the Tetbury Avon join to form the Bristol Avon, and each has more than one candidate for its own source. In the end I gave up and tried to describe them all! Thereafter the river runs through some lovely countryside, much of it in the Cotswolds, and some superb towns and villages such as Malmesbury and Bradford-on-Avon in Wiltshire, then the cities of Bath and Bristol. Using the river as a reason to explore all of this was great fun, though I didn’t quite fulfil the requirement of the book’s title, as the Bristol Avon flows into the Severn Estuary, which is not quite the sea! 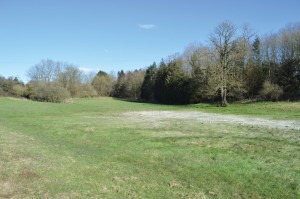 By now I was getting somewhat addicted to following rivers around the place, and Amberley and I agreed that I should have a crack at the Thames. On the face of it this all seemed straightforward – I decided to concentrate on the generally accepted source of the river and not worry too much about an alternative (admittedly one with a good case) that starts up near Cheltenham, and there was no doubt where the river flowed to as it has a sizeable estuary that joins the North Sea. Admittedly there was a couple of hundred miles of river between these two locations, but I could worry about all that later. 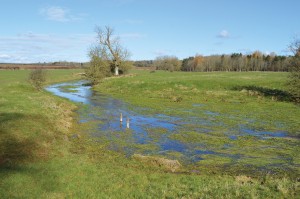 So in early March 2016 I set off to look at the accepted source up in the Cotswolds. I parked a mile or two away and set off to follow a footpath to the source. Getting closer I started feeling somewhat disconcerted that I could see no river, then came upon the stone set up at the source. Checking my map and reading the inscription on the stone left no doubt that I had found the correct spot, but there was still the not exactly minor issue that I could see no water. There was some softer ground here, though, and the grass looked whiter along the supposed course of the river, so I started following this. I did so for a mile before I found a flowing river, and it was only when I got home and did some reading that I found about the variable flow of water here. 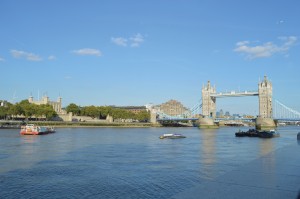 Anyway, over the next six months I followed the river in a series of daytrips, and once again there were lots of fascinating villages, towns and cities, historic locations and lovely countryside. There were also many pleasant surprises – for instance, I had expected the section in the Cotswolds to be the most scenic, but while the villages there are very picturesque the landscape is relatively flat, it was the part that flows past the Chilterns that I found the most dramatic and attractive. Then there was the realisation that most bridges had a pub by them – all clearly well located to take advantage of thirsty travellers, although the rural crossing with a pub at either end seemed a little excessive! Then there were the discoveries that the river’s rural setting survives well into London, and that south Essex is much hillier than I remembered. On the negative side I got caught in the London rush hour on the Underground and still cannot understand how people are able to go through that every day!

All in all I am extremely glad that I undertook all this exploration, and while of course I heartily recommend the book to you, I must also admit that there is much more than I was able to include, and so I recommend equally that you go and explore the river for yourself. 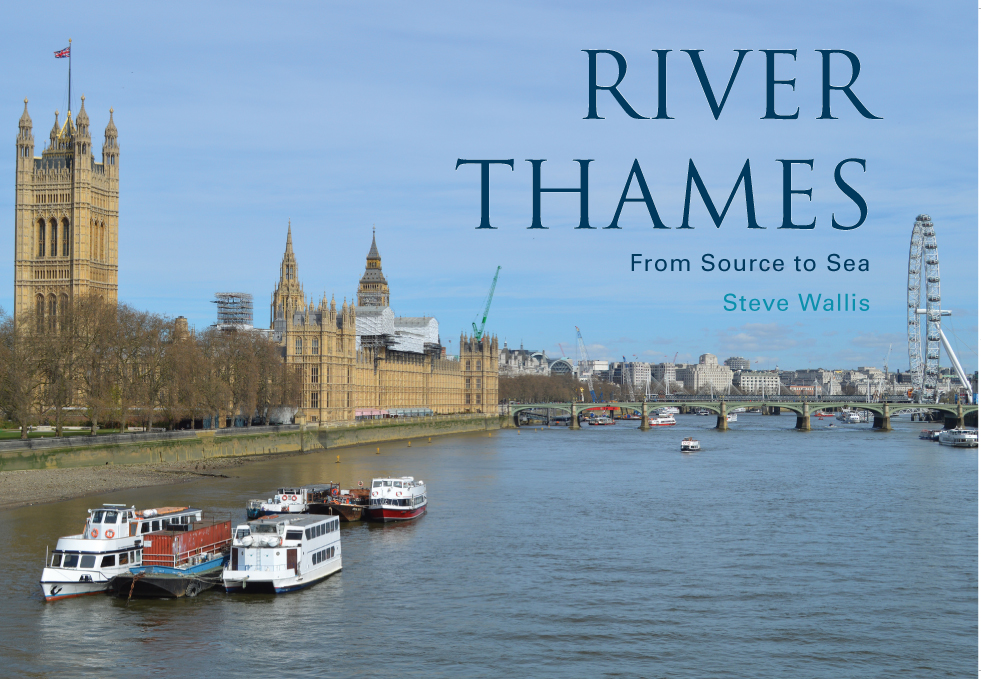