Reading in 50 Buildings by Stuart Hylton 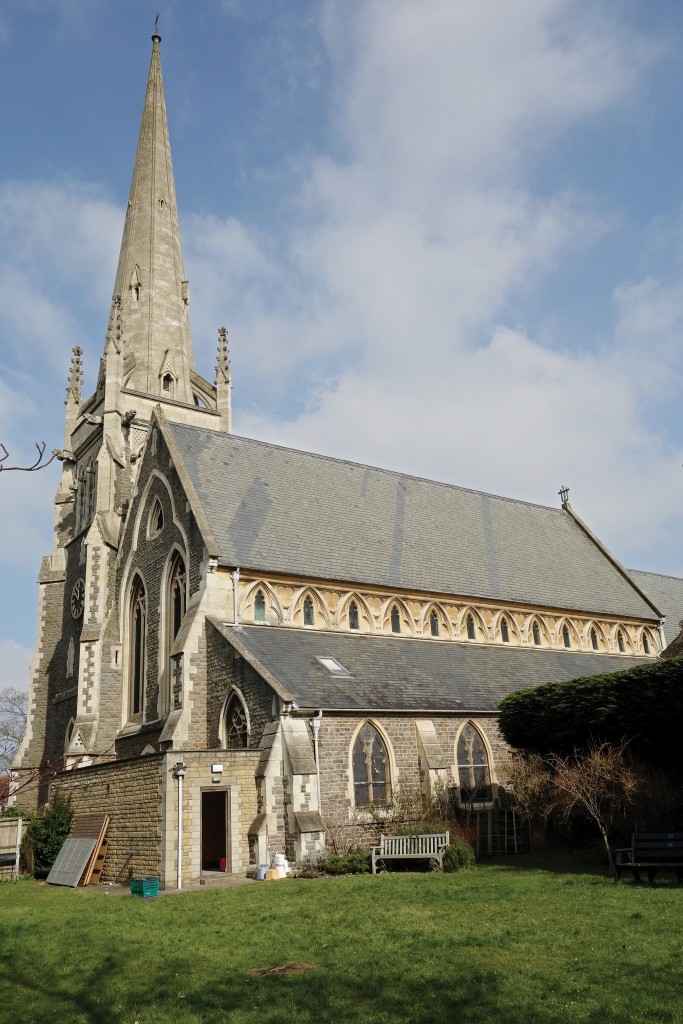 It was only after I had agreed to write the Reading edition of Amberley’s ‘…in fifty buildings’ series that I started to have misgivings. I remembered John Betjeman’s words, that “no town in the south of England hides its attractions more successfully from the visitor”. That was in 1949 and the town had since undergone a further two-thirds of a century of rapid growth and change. Reading is at the heart of the most economically dynamic part of the country, and one of the prices that towns tend to pay for success is the destruction of all traces of the past.

Never was this more true than in the past sixty years. For a start, we have seen the disappearance of the Victorian town’s three staple industries – beer, biscuits and bulbs – that for more than a century had been Reading’s economic life’s blood. The value of the sites they occupied was one factor in their decision to relocate and, sure enough, developers soon swallowed up their land, sweeping away almost all the built evidence that Simond’s beer, Huntley and Palmer’s biscuits or Sutton’s seeds had ever been produced here. 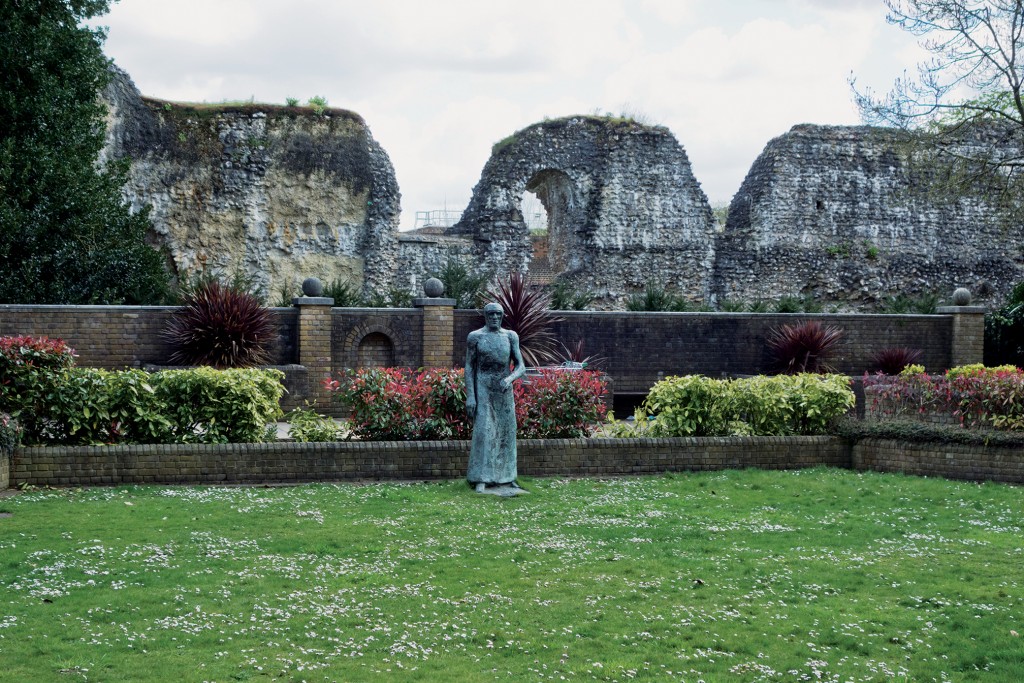 But development can add to our store of history, as well as take it away. In 1987, as developers were building the Reading Business Park, they started unearthing Bronze Age artefacts. It turned out to be the largest Bronze Age settlement in the south of England, taking our knowledge of the town’s history back to around 1000 B.C. As for more recent evidence of the town’s history, I need not have worried. A gratifying (and surprising) amount of built reminders of the town’s past have survived for us to enjoy - if you know where to look.

But by now other questions were starting to preoccupy me, such as ‘what criteria should I use to assemble my short list?’ and ‘what is a building’? As for the first question, I ruled out the idea of some sort of beauty contest, of choosing Reading’s fifty most attractive buildings, or of trying to decide which fifty were the most important. Instead, I simply went for fifty that told part of the story of the town, be they architectural gems or eyesores, massive landmarks or humble almshouses. As for ‘what constitutes a building?’, I took it to mean anything that man had built. So, beside the houses, factories, offices, churches and railway stations that you would expect to find in the book, there are canal locks and a pioneering cemetery. One further confession – I cheated a bit on the fifty, as you will find when you reach the final entry. 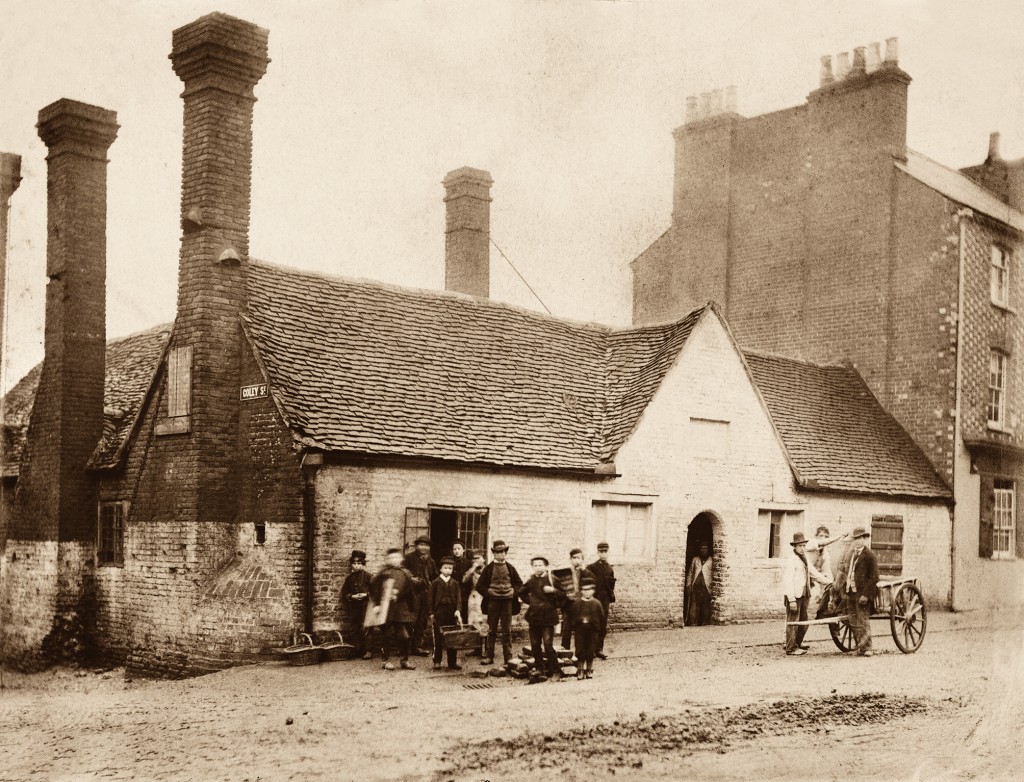 One of the almshouses prior to their development (Reading in 50 Buildings, Amberley Publishing)[/caption]

No built evidence of Roman settlement remains, unless you count the nearby ruins of Silchester, so our story begins in the year 979 – and what a story that one entry tells. It starts with a royal murder, with Edward, would-be future King of England murdered by his stepmother. Penance for this act led to the founding of St. Mary’s Minster Church. Prior even to this King Alfred fought the invading Danes for possession of the land on which it stands. The church was used as a lookout for the incoming Dutch forces during the misnamed ‘bloodless revolution’ of 1688, when William of Orange dispossessed James II of the throne. The revolution was misnamed ‘bloodless’ because a decidedly bloody battle was fought around the church and in the streets of Reading to drive out Irish troops loyal to James. Later the church became one of the first buildings in the world (along with several other Reading landmarks) to be immortalised by pioneer photographer William Henry Fox-Talbot, who based his fledgling business in the town.

Violence seems to be associated with many of the town’s churches. Both St Peter’s in Caversham and St Giles in Southampton Street were partly destroyed by artillery fire, after being used as gun emplacements during the Civil War siege of the town. As for St Laurence’s in Friar Street, it survived the Civil War, only to have its western front blown out by a World War Two German bomber, which nearly killed the creator of Paddington Bear in the process. Greyfriars church saw a different kind of violence. After the reformation under Henry VIII, it was stripped of any useful building materials and the ruins turned into a particularly degrading and brutal prison. 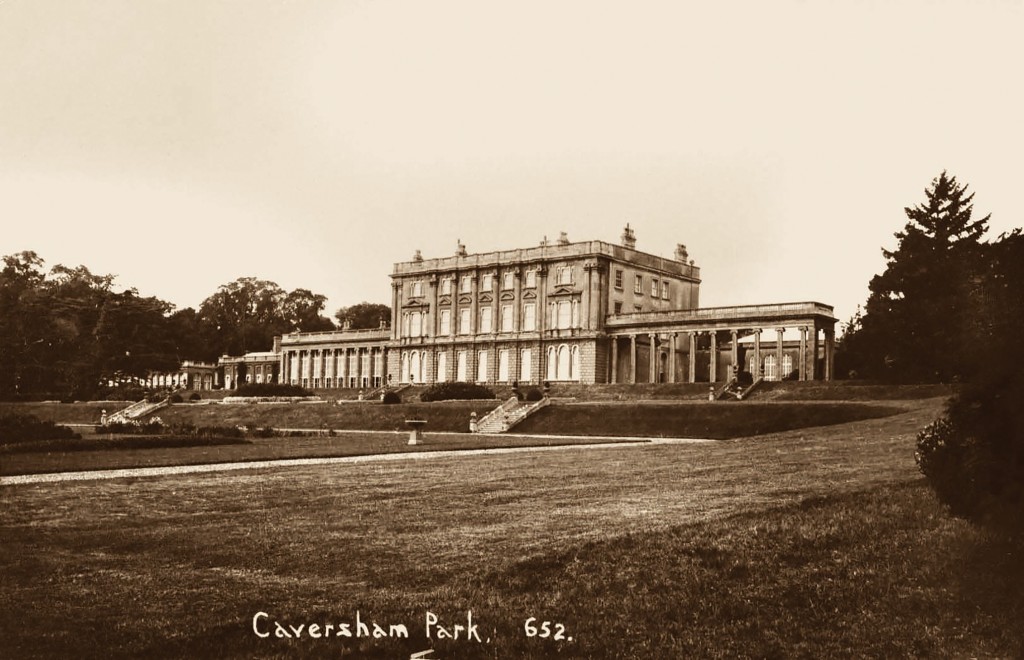 The story of local stately home Caversham Park is like a history of England in miniature. Before 1066 it was the property of the elder brother of King Harold. In the centuries after that, it passed through the hands of many of the most powerful men in Britain (a surprising number of whom seemed to meet sticky ends). Kings and Queens visited the house and, for a short period in the thirteenth century, the whole of England was ruled from the Caversham Park estate. There have been several stately homes on the site over a period of about a thousand years, the latest of them designed by the architect better known for London’s Tower Bridge.

And so the story goes on – a thousand years of history captured in fifty buildings. I have not even got space in this blog to talk about one of the greatest religious centres in the land, with a church the size of Westminster Abbey; a Victorian prison by one of the century’s greatest architects, modelled on the mediaeval Warwick Castle; the school where Jane Austen got part of her education, right through to a brand-new space age railway station costing £895 millions at last count. Far from worrying about finding fifty buildings to include, my challenge turned out to be knowing what to leave out. 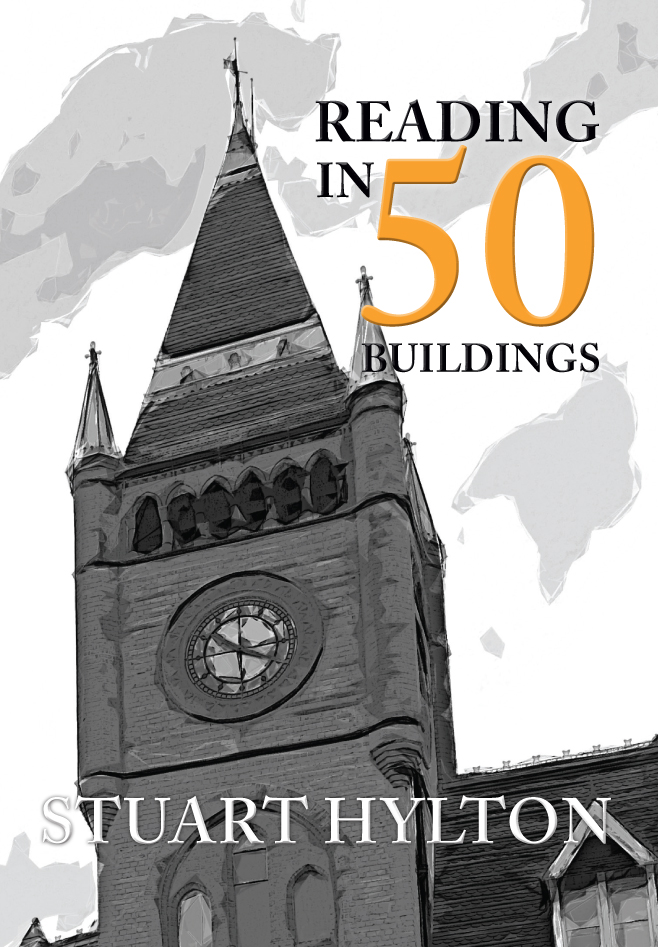