The British pub is a unique institution. So-called pubs can be found in other countries but they are never quite the same as the real thing. We all have our own opinion as to what makes an ideal pub. Whether it is a venue to meet and chat with our friends or a refuge from the world with a quiet corner, perhaps in front of a roaring fire. It could be a favourite haunt where a great meal can be had or simply somewhere to relax with a packet of crisps and a pint of good ale. There are pubs for all tastes. 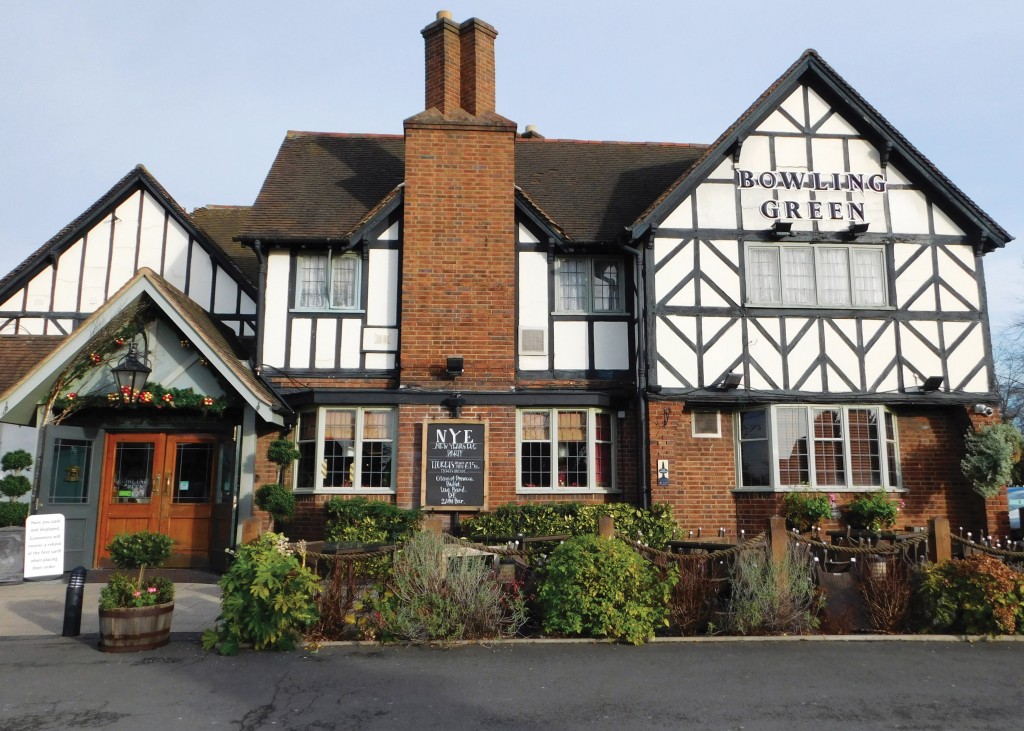 A city such as Lichfield has many pubs, some of which are so old that their origins are lost in the mists of time. Today about thirty or so public houses can be found in or just outside the city centre. Over the years many more have disappeared. Indeed in the nineteenth century there were over eighty inns, taverns or simple beer houses in the city. Some of these were forced to close by local licensing authorities worried about the number of outlets selling alcohol at a time when the temperance movement was a force to be reckoned with. Others faded out of history for other diverse reasons. Some closed due to simple economics or the poor state of their buildings. One was closed after locals objected to its use as a brothel and another ancient pub reportedly fell down in the middle of the night after building work had been carried out.

Some of the oldest pubs in Lichfield are ancient coaching inns. Back in the eighteenth century the city of Lichfield stood on the main north/south coaching route and in those days the city would have been incredibly busy with the comings and goings of laden stagecoaches clattering along its cobbled streets. Bird Street was the main coaching inn area of the city with the Swan and the George being the foremost ones. People often broke their journeys in Lichfield and stopped at such places for good meals and beds for the night. Another old coaching inn, the King’s Head, is also situated in Bird Street. It was here in 1705 that the Staffordshire regiment was founded, an army regiment that would subsequently take part in many important conflicts down the centuries.

Lichfield’s most famous son and the writer of the renowned dictionary, Samuel Johnson, having made his name in London, often returned to his home city. When he visited Lichfield Johnson used to stay at the Three Crowns, which just happened to be next door to his childhood home (now the excellent Samuel Johnson Birthplace Museum). Johnson’s love of the Three Crowns’ ale is well documented and indeed up until the early part of the nineteenth century most pubs in the city would have brewed their own beer with Lichfield rivaling nearby Burton as a brewing centre. Sadly the Three Crowns, magnificent in its day, is now no longer with us although the actual building still provides some evidence of its coaching inn past. 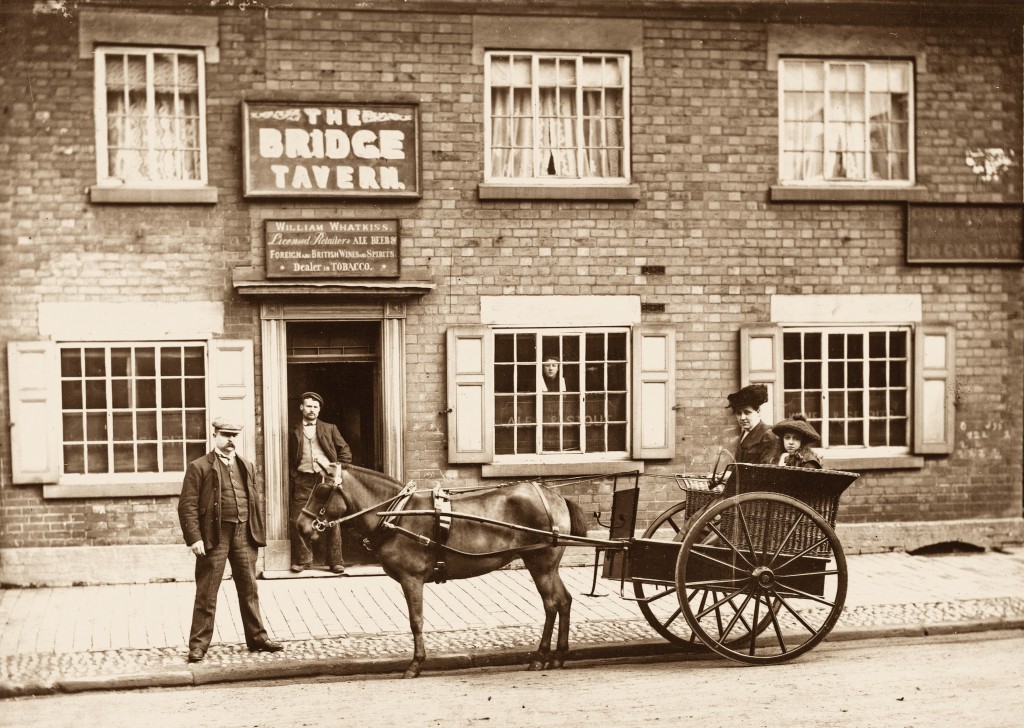 My book Lichfield Pubs examines the history of the existing and the extinct pubs of the city. My main objective in writing it was to produce something that was very informative with historical stories that had never been gathered together in one place before, but also to write something that was readable and, hopefully, fun. It required me to do a great amount of research in the local records’ office where I accessed old newspapers, documents and books. As a result I was able to not only write about the famous people who interacted with the inns and taverns of the city (as well as Johnson there were individuals like the writers George Eliot, Nathaniel Hawthorne and George Farquhar) but also stories about the unsung people of the city.

Most of the photographs in the book are of city pubs today as well as buildings that are still there but now have a different usage. I was extremely pleased at how the photographs have been reproduced in the book. (I can now, rather grandly, think of myself as not only a published author but as a published photographer!) The book also includes a number of historic photos of Lichfield pubs and I was very pleased to be able to delve into the St Mary’s Heritage Centre’s photographic collection for some wonderful views of bygone Lichfield and the old pubs of the city.

Pubs are, without doubt, one of the great British inventions and a lot can be learned by studying their history and relevance to their local communities. In Lichfield there are, I believe, some of the most interesting pubs in the country and they are just one of the many reasons to visit this great cathedral city. 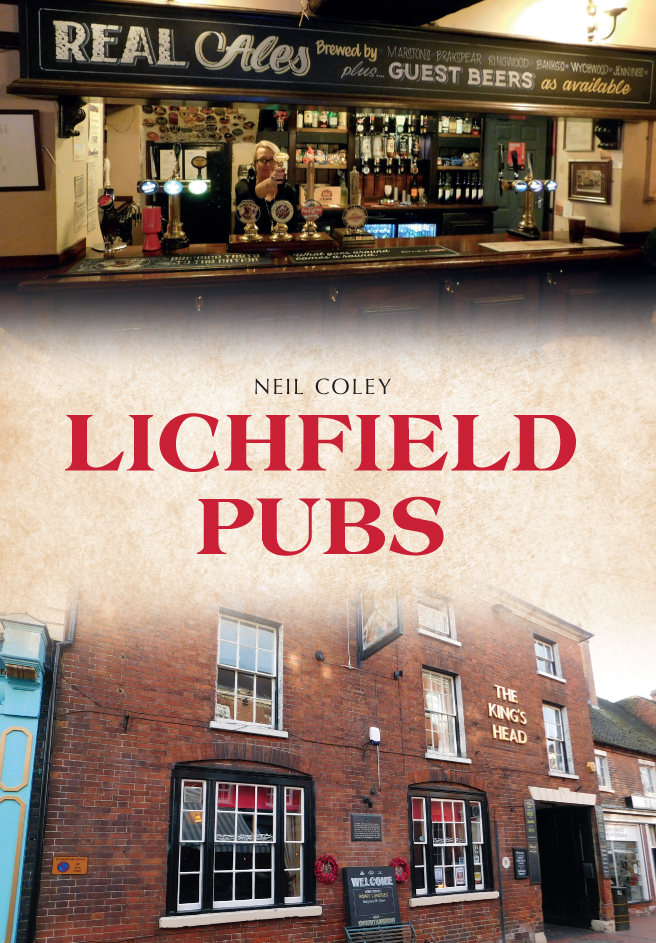