They tried to make a Monkey out of you

In an extract from his new book Forgotten Science: Strange Ideas from the Scrapheap of History, SD Tucker explores some of the strangest tales from Soviet science, including Stalin’s alleged attempts to create a race of invincible monkey-soldiers to serve in the Red Army.

The phrase ‘human guinea-pig’ is often used these days to describe the way that science sometimes makes use of human beings as convenient test-subjects during trials of new medical procedures and so forth. The very idea of human-experimentation can seem off-putting and disturbing to many people, but these days such trials are strictly regulated and often performed only as a last resort, and for the greater social good. However, this state of affairs has not always been the case, as can be seen by the sometimes horrible, sometimes comic – and always highly unethical – abuse of human guinea-pigs in the name of science during the early days of the old Soviet Union.

Take the disturbing history of Soviet research into toxins. Various secret laboratories-cum-prisons were established in Russia, where convenient inmates were taken to be poisoned in the ‘noble’ cause of advancing the State’s ability to carry out assassinations more efficiently. One of the main men to pursue such research was Grigory Mairanovsky (1899-1964), a biochemist who ran his own lab in Moscow to which were attached several cells whose doors were fitted with peepholes for observational purposes. Each day, new consignments of prisoners were shipped in and fed poisons in the guise of medicine, or hidden within food. Then, Mairanovsky’s men would time how long it took them to die. Sometimes it took minutes, sometimes weeks. To test out all variables, Mairanovsky got hold of any and all physical types to murder; tall people, short people, thin people, fat people, those who were already ill, and those in perfect health. To block out the screams of agony, the lab assistants bought a radio and played it full-blast. These trials were considered to be justified and ‘not illegal’ by those behind them on the grounds that they were ‘being performed on people sentenced to execution as enemies of the Soviet government’. In other words, they were expendable lab-rats – literal ‘non-persons’, as the old saying went.

Such thinking had existed for some time prior to Mairanovsky setting up his lab, though; in 1933, the Russian writer Maxim Gorky (1868-1936), celebrating the creation of Stalin’s new Institute of Experimental Medicine, commented that ‘hundreds of human units’ would be required to be experimented upon within. By describing them as ‘units’, Gorky reduced such people down to a status even lower than animals.

Incredibly, so prevalent did the idea of using human beings as experimental animals become in the USSR that at one point attempts were made by scientists to actually cross people with apes, supposedly in order to create a race of man-monkey super-soldiers for enlistment in the Red Army, a story partly true and partly exaggerated. Its origins lie with the work of a genuine Russian scientist, Ilya Ivanovich Ivanov (1870-1932), who gained great success artificially-inseminating horses around the year 1900, then moved on to cross-breeding various closely-related species, such as zebras and donkeys. In 1910, he speculated it might even be possible to cross-breed humans with apes, but in 1917 came the Revolution, and Ivanov fell from favour. In the 1920s, though, the atheistic Soviets finally gave Ivanov the go-ahead to try out his proposed scheme – reputedly in order to prove Darwin right and the Church wrong. By 1926 Ivanov was in Guinea, where he made three separate attempts to inseminate native female chimpanzees with human sperm (not his own). This failed, so Ivanov tried a different tactic; rather than men impregnating female monkeys, maybe women could be impregnated by male apes instead? Making the astonishing suggestion that he just try and squirt some monkey-sperm inside female patients at a nearby hospital without their knowledge or consent, Ivanov found little local favour for his plan. Returning to the Soviet Union, Ivanov set up a primate-lab in the Black Sea port of Sukhumi, where most of his specimens died from cold. Only one ape survived, an orang-utan named ‘Tarzan’. Ivanov found a woman willing to have Tarzan’s baby, but before fertilisation could take place, Tarzan died too. After he asked a Cuban ape-breeder to sell him some monkey-semen, the American Press got hold of the story and Ivanov again lost support from the Soviet authorities, being exiled to Kazakhstan, where he died in 1932. Ivanov’s primate-lab survived him, though, later becoming the prime source of monkeys for Russia’s space-programme.

This much is apparently true. However, in 2005 The Scotsman, citing certain unnamed ‘secret documents’ supposedly just found in Moscow, sensationally reported that Josef Stalin himself had personally ordered Ivanov to make a race of unconquerable monkey-men to serve as slave-labour shock-troops in his army. According to the article, Stalin desired ‘a new invincible human being, insensitive to pain, resistant and indifferent about the quality of food they eat’. It’s an incredible story ... but it appears untrue. No Russian-language newspapers reported the tale prior to The Scotsman’s revelation, and nobody seems to know what these alleged ‘secret documents’ actually were, or where they came from. There is no evidence that Stalin ever met or spoke to Ivanov, nor that he even knew specifically what he was up to. In 1980 The Times had reported that the Chinese Communist Party had allegedly tried and failed to inseminate chimps with human sperm in order to ‘found a race of helots for economic and technical purposes’, and it would seem that the story of Stalin’s ape-soldiers is really just an updated variant of that old yarn. The people really being made monkeys out of here were gullible members of the public who believe everything they read in newspapers, not 1920s Russian soldiers. 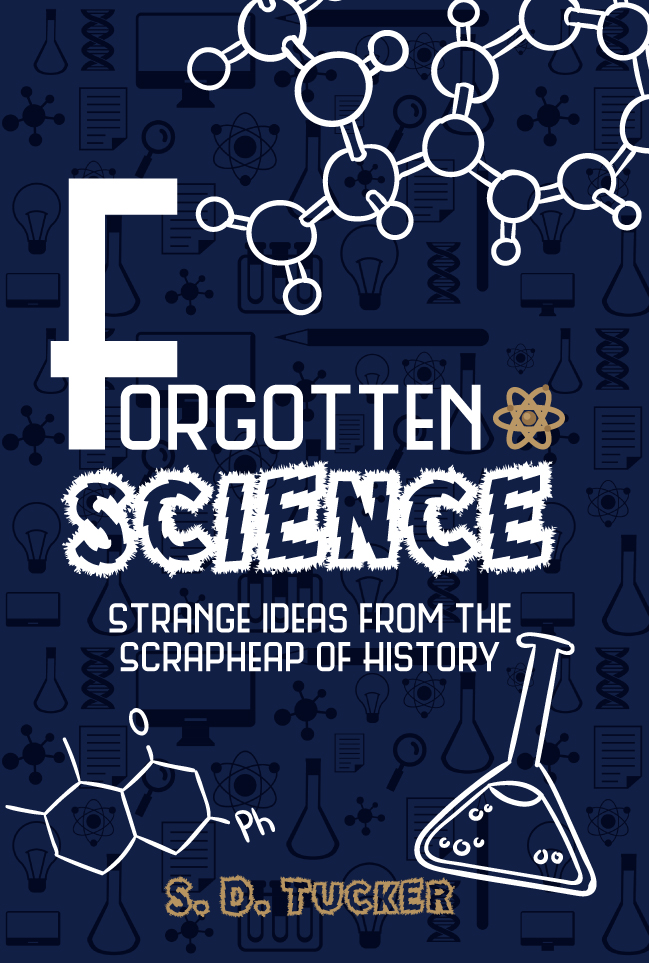 Forgotten Science: Strange Ideas from the Scrapheap of History by S.D. Tucker is available for purchase now.