The Mysteries of Medieval Medicine Nerdalicious feature with Toni Mount

Toni Mount is back with another fascinating look at everyday life in the middle ages. Dragon’s Blood & Willow Bark: The Mysteries of Medieval Medicine takes you on a journey through centuries of medical progress, from the ancient to the modern era. Packed full of intriguing anecdotes you’ll discover the elusive female physicians of the middle ages, medicine and the church, surprisingly modern ideas about medicine, wonderfully wacky cures, diseases that have disappeared and treatments that have endured for centuries and are still used to this day. Toni joins us today to discuss the amazing world of medieval medicine.

Can you tell our readers how someone would train to become a doctor in medieval times?

To be a physician, they would attend a university and learn medicine from the ancient Greek and Roman texts written by Aristotle, Hippocrates, Galen and others. To be a surgeon, they would have had practical training on the job,serving a seven-year apprenticeship to a master surgeon.

And were there were various specialised jobs in the medical profession as there are now?

Physicians and surgeons could be known for their particular skills in some area of their profession. Some physicians specialised in drawing up horoscopes, then regarded as a vital part of medicine. Not only were they checking the stars to see if it was an auspicious day to treat a particular ailment but they could determine whether a young couple were suitable marriage partners, how many children they would have and even in business matters, the best day to sign a contract. Some surgeons, like John Bradmore, specialised in battlefield surgery. He treated the future king Henry V, successfully removing an arrow from the young man’s face after the battle of Shrewsbury in 1403. There was also the possibility of specialising in making medicines – the apothecaries were the pharmacists of the day.

How did midwives remain so integral in a profession completely dominated by males?

Childbirth was seen as a women-only affair so, until the 18th century, men were more than willing to let midwives be in charge so they could remain aloof from the messy and – to them – mysterious business.

How well did male doctors and surgeons understand the female body?

Not very well. In the late 16th century, William Harvey – he who proved that blood circulated – did detailed studies of the development of chick embryos in birds’ eggs, so they had some idea of how babies grew. But into Victorian times it was still thought that the womb wasn’t fixed in place and could wander round the body. Hysteria – a word coming from the Greek/Latin word for womb – occurred if the womb reached the brain!

And were there females practising in medical professions other than midwifery?

Yes, there were certainly female surgeons and apothecaries, usually serving apprenticeships with their fathers or elder brothers. We know of Katherine, trained in surgery by her father, and Joan who tended the monks at Westminster Abbey and made medicines for them. Otherwise, few women are known to us by name. However, the wardens of the barber-surgeons’ company in London had to swear to oversee the standard of work ‘of all men and women practising the art of surgery’, so there must have been many others. A medical manuscript, Sloane 6 at the British Library, has a series of images showing a fashionable woman letting blood and tending a patient. In theory, there couldn’t be any female physicians because women couldn’t go to university, yet there is a case from 1350 when a female physician, Pernell de Rasyn, was accused of causing the death of a miller in Devon. She disputed the accusation and eventually received a royal pardon.

What role did religion play in medicine?

It was because of religion that physicians and surgeons had such separate professions. Before 1215, most medical doctors were monks and priests who diagnosed illness, made medicines and carried out surgical procedures, like cataract operations and dentistry. But in 1215, Pope Innocent III forbade churchmen from shedding blood. That seemed reasonable and the intention was to stop them fighting in battle or passing a death sentence in court, but it also put an end to their practising surgery. Everyone who went to university had to take minor holy orders at least; hence, physicians who studied at uni could no longer do surgery. Now laymen had to fill the gap, completing apprenticeships instead. Also, religion came first and last in any medical treatment. Prayer was always the first resort if you fell ill because sickness was a punishment for sin. If your case looked hopeless, a priest was summoned before a doctor and hospitals were more concerned with preparing your soul for the next life, than restoring your body in this one.

As well as the answer given above, there was a big debate about treating the sick: if illness was a punishment from God, wasn’t any attempt at treating it flouting the will of God? There were those who believed physicians and surgeons not only put their patients’ souls at risk, but their own souls as well. Luckily, others had a quite different view: if a treatment for an ailment existed, then it must have been created by God. Therefore, not to make use of it went against God’s will. What a dilemma! To be on the safe side, medicines were often given to patients accompanied by prayers or in the name of the Trinity. Various herbs ‘belonged’ to specific saints and even the cooking instructions for potions might include ‘boil for the time it takes to say five Lord’s Prayers’. After all, you didn’t have a watch or clock in those days.

The Four Humours – from the Guild Book of the Barber Surgeons of York | British Library Egerton 2572 f. 51v[/caption]

What other factors hindered medical progress? And why was the early modern/Tudor period one of so many advances?

To answer these two questions together, it was the universities’ insistence that men like Aristotle and Galen were absolute authorities on science of any kind that held back progress. It was believed that when God had created Adam around 4,000 years before Christ, He had given Adam a complete knowledge of the whole world. After Adam fell from grace, his memory was no longer perfect and every generation since had forgotten a bit more of Adam’s encyclopaedic knowledge. Logically, to medieval thinking, the further back in history you went, closer to Adam’s time, the more knowledge men had, so Aristotle and co. knew far more and scholars couldn’t do better than learn from the ancient texts. However, from the 15th century, explorers were travelling to distant lands, discovering America, finding new plants, animals and peoples not mentioned by Aristotle and co. Could it be that the ancients didn’t know everything? Also, technology was advancing; telescopes and microscopes were revealing unknown worlds, both huge and minute. Remember I mentioned William Harvey who was sure that blood circulated? Within just a few years of his death, the microscope revealed the existence of blood capillaries – too fine to see with the naked eye but vital in completing the circuit of blood around the body. By the 17th century, men were finally prepared to think outside the box of ancient knowledge, prepared to experiment and discover new facts for themselves.

Cancer is one of our biggest killers now, what sorts of diseases were medieval people at most risk from?

Cancer did exist – cases of ‘canker’ of the breast are found occasionally. The big difference though was probably that diseases we treat today with antibiotics had no cure. Even the dreaded plague, still around today, is cured by antibiotics. Septicaemia or blood-poisoning was a big killer in that a small cut or splinter could be a death sentence if it became infected. Measles could be deadly, although it was sometimes confused with smallpox so the death rate is hard to guess. This confusion suggests that smallpox was less virulent before the 17th century. Queen Elizabeth I recovered from smallpox; a hundred years later, Queen Mary [of William & Mary] died of a more virulent strain which killed thousands.

What diseases have disappeared over the centuries?

Leprosy was on the wane in the Middle Ages and plague disappeared from England almost completely from the mid-17th century. Smallpox has been eradicated by vaccination and terminal conditions like renal failure can be managed by modern medicine. However, obesity wasn’t much of a problem then, smoking didn’t exist in Tudor times and modern addictive drugs were almost unknown. The problems of old age weren’t so prevalent either with life expectancy being much reduced.

And, for fun, what were some of the stranger remedies you came across in your research?

Not sure about fun but burnt, powdered owl was a treatment for gout. A Tudor cure for whooping cough was to pass the child under and over a braying donkey. Powdered mouse bones, mixed with honey and oil of roses, was believed to cure earache. Fried or roasted mice with onions were another cure for whooping cough or, if burnt to a cinder and mixed with jam would prevent bed-wetting. Mouse skin, rubbed on a wart then buried, would ensure the wart disappeared as the skin rotted away. Useful things mice! Spiders’ webs were used like sticking plasters or Band-Aid, to cover minor wounds. Believe it or not, cobwebs do help stop the bleeding and contain a powerful antiseptic.

What new projects are you working on now?

A new factual book for Amberley, ‘A Year in the Life of Medieval England’ – a sort of diary with 366 entries covering major events, battles, births, deaths, weather, fashion, gardening, cookery, remedies, divorces, murders, etc. is nearing its deadline of 15 January 2016, due for publication next July. My first novel, a medieval murder mystery set in 15-century London, has been accepted by MadeGlobal and is due for publication probably in May, with the title ‘TheColour of Poison’. On-line history courses are another new venture which it is hoped will be available before Christmas this year, again with MadeGlobal. I’m now working on a sequel to ‘Poison’, beginning a wills transcription project with the Richard III Society, plus the usual classes, talks, writing groups, magazine articles, etc.

Written by Olga Hughes for Nerdalicious on November 27, 2015 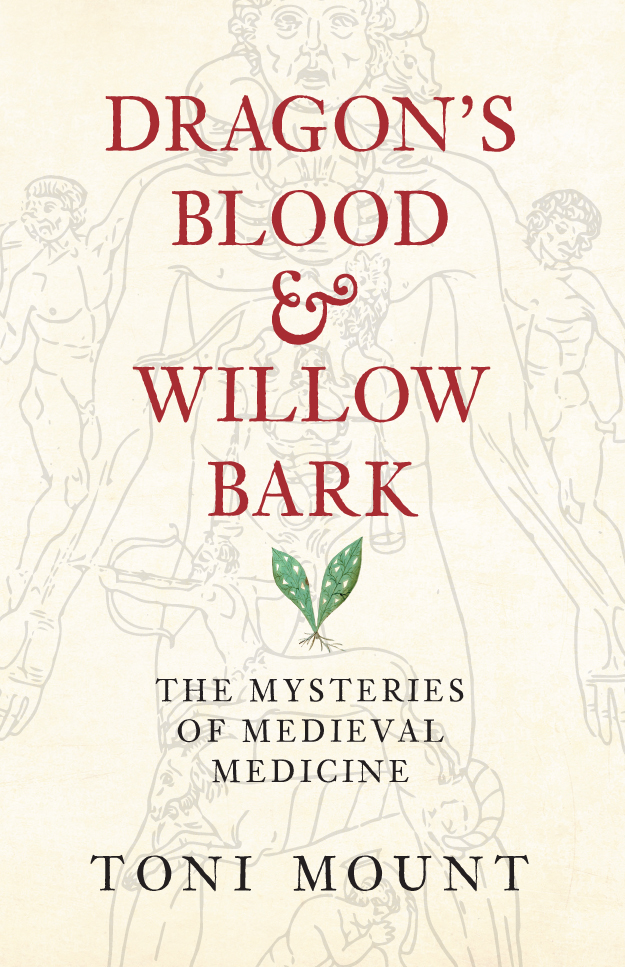