Evesham, for battle it was none by Darren Baker

The battle of Evesham, which was fought under a dark, rainless cloud 750 years ago, truly changed everything. It put an end to England’s fledgling constitutional monarchy and wiped out the Montfortian leadership that had imposed it upon the king. The years of strife and uncertainty ushered in by the reforming Provisions of Oxford of 1258 culminated in a slaughter of the nobility on this field not seen since the Norman Conquest. In its own time Evesham was lamented not as a battle of any sort, only murder, and the particularly gruesome mutilation of Simon de Montfort’s body when it was over makes recalling it with any fanfare a rather dubious prospect. But the English are nothing if not inured to harsh experience, so the festivities will go on. 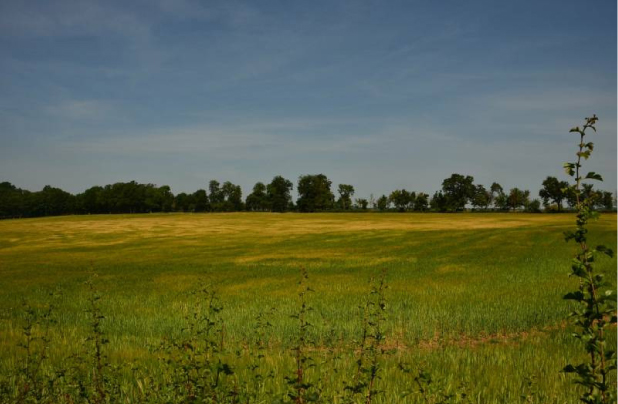 The basic facts are these: in May 1265 Montfort led his caretaker court to Gloucester to try and appease his disaffected partner in the new government Gilbert de Clare, not realizing that Clare had already put a plan of betrayal in motion. It called for the landing of royalist exiles, making allies of the Marcher insurgents, and organizing the escape of the king’s son Edward. Within a month they had Montfort, with Henry III still at his side, on the run. Their last hope was to cross the River Avon at the vale of Evesham and link up with reinforcements coming in from the north, but Edward cut them off at Greenhill. Montfort led a desperate charge to break through, but outnumbered and exhausted, they were beaten back, hemmed in, and massacred.

That date of 4 August 1265 started off with Montfort anxious to get his troops moving, but Henry insisted on having breakfast and attending Mass at the Evesham abbey church. Montfort had always been deferential to Henry’s personal needs and agreed to a halt despite knowing that Edward was shadowing their movements. This raises the question of why Montfort simply didn’t leave the king behind and continue on their way.

The easiest answer is Henry was his surety. If he lost the king and his son, it would be only a matter of time before they reclaimed the government under their terms, much the way they did in 1263 after Montfort first swept into power. Only this time there would be no arbitration, rather retribution. Setting the king loose would also deprive them of their feudal advantage. Whoever marched into battle against the king was the rebel, so in this case Edward and Clare. Simon, however, was keen not to advertise Henry’s presence, lest Edward’s men snatched him in the course of the battle, and had him accoutered without any emblem distinguishing his royal rank.

It was said at the time that he did this because he knew they were doomed and wished the king to die with them. A higher explanation might be that this was the Simon de Montfort imbued with the idea of justice for all that heralded in the reform movement. His army consisted mostly of peasants and freeholders, men trying to eke out a living in that difficult age, who saw hope for a better life under the Provisions. They would have known about them because, unlike Magna Carta, they were written and proclaimed in English, the first instance of a political initiative aimed directly at the people. If they had to put their lives on the line for better government, it was only fair the king should do the same. 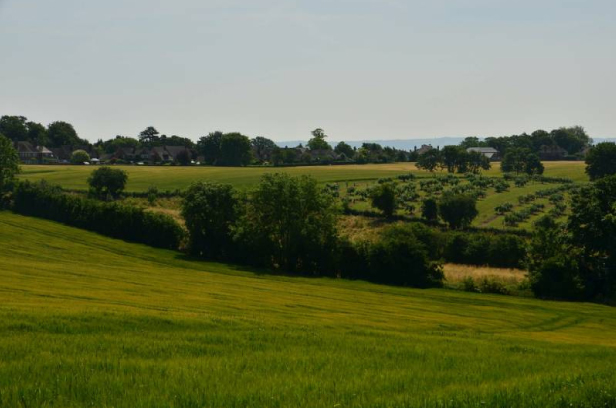 An equally intriguing question is what if any last words passed between Simon and Henry on that fateful morning. Their history went back three and a half decades when Simon, born and raised in France, stepped ashore and brazenly asked Henry to grant his tenuous claim to the earldom of Leicester. Each man was pious, shrewd, and very conscious of his place in the world, and they became great friends until court politics and family squabbles drove a gulf between them. They had always meant the other well, but all the troubles had now made them seem more like an old married couple whose relationship had soured for good. As they rode off together to meet Edward’s army, they probably had nothing more to say to each other.

Late research has revealed that before the battle Edward assembled a hit squad to find Montfort and kill him. Legend credits Roger Mortimer with delivering the actual death blow for no other reason than the two men were feuding (about what has never been made clear) and he got Simon’s head from among the spoils. On the other hand, a contemporary source says he was felled by an unnamed knight who later met a ridiculous end by drowning at the court of Edward’s sister in Scotland.

No doubt Simon got special attention one way or another, but we can safely assume that Edward did in fact order his men to kill whoever they got their hands on. That was no incentive for medieval warriors who counted on collecting ransoms from the prisoners they took, but he had a greater prize, their land and property. Admirers of the chivalric Edward who loved tournaments and King Arthur will find this disreputable action disturbing and may hope that it was thrust upon him by the likes of Clare and Mortimer. Remembering the earlier reforming spirit in Edward, when he joined his uncle Simon in the showdown with Henry over control of Parliament in 1260, an argument can be made that his order mirrored Simon’s opinion about justice for all, namely that knights would have to take the same chances as ordinary foot soldiers. Hm, wishful thinking.

However it came to pass, the slaughter was horrific, with Simon, his son Henry, and top lieutenants Hugh Despenser and Peter de Montfort among those cut down. Just like at Lewes, Edward got into the killing and carried it all the way into the church. He was sadly mistaken if he hoped to find his father alive in there. In all probability, Henry had been behind Montfort with a bodyguard of young knights consisting of Simon’s son Guy and the younger Peter de Montfort. The fact that all three were wounded suggests that they were each a stroke or two away from death when Henry cried out in the din of battle that he was the king. His attackers verified that was indeed the case and, unsure about the identity of the knights with him, chose to play it safe and take them prisoner. The survival of Guy de Montfort would go on to haunt Edward for many a day. 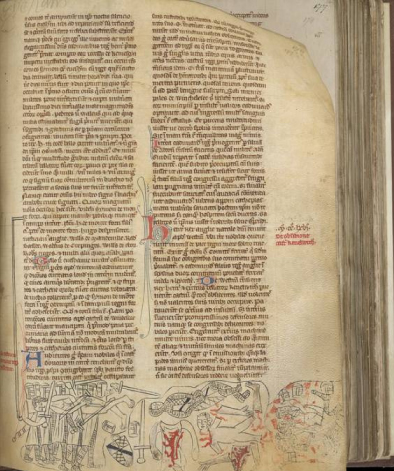 The battle in medieval rendering[/caption]

In a contemporary source, Henry is made to look like a cowering fool as Edward’s men move in on him. ‘Don’t hit me,’ he supposedly keeps crying out, ‘I’m Henry your king, I’m too old to fight.’ This seems to reflect the need to want to see the king in such a pathetic state, as the mere shadow of his former self. That would pave the way for the Edward of later legend, the great warrior who saved his father from the clutches of that other great warrior Simon de Montfort. The problem is it doesn’t square with the description of Henry at Lewes the previous year, when he had two horses killed from under him and had to be forced off the field by his attendants. It was his brother Richard who did the cowering then, in a nearby windmill, this after Edward cost them the battle by going off on a murderous joyride after it began.

The act of disinheritance that followed Evesham may have been the lure that enabled Edward to build up a large army in so short a time span, but the decision was ultimately Henry’s and he may have decided to go that course whatever his son might think. Certainly his actions in the run-up to Lewes show rebellion had hardened him, made him determined not to put up with it anymore as he had done on no less than four occasions (1227, 33, 38, 58). When the perennially grumpy Clare occupied London after a spat with Edward, it took the intervention of the papal legate to save him from the king’s wrath. 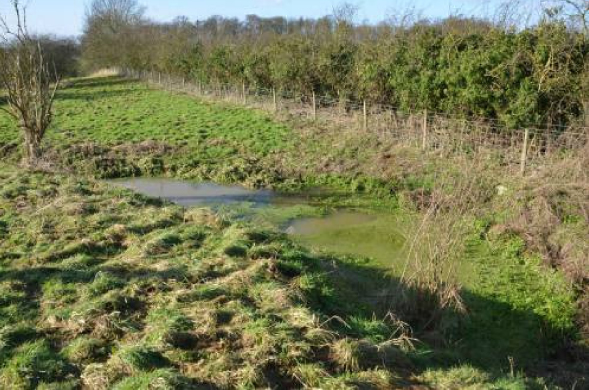 The last major question about the events at Evesham goes to the climax itself, the mutilation of Montfort’s body. It’s the one feature that anyone coming into contact with the battle for the first time is guaranteed to take away from it. Even if it was the hit squad’s work, it seems unlikely that Edward had anything to do with it. His later reign demonstrated that he was quite capable of committing such atrocities, but he had to know that his uncle King Louis of France, for one, would be aghast at the disgraceful treatment of a man who had once been his good friend. He was astute enough to know, moreover, that it would leave him with a blood feud with the Montfort family, whose political reach stretched from France to the Holy Land. That would explain his later attempts to make amends, at least with money. Alas, there was no buying his way out of this one and Guy de Montfort exacted a brutal revenge that destroyed any hope of reconciliation between the families.

The other consequence to be expected from chopping up Montfort on the field was making a martyr out of him. It was the last thing Henry needed for clamping down on the disinherited rebels, and he was forced to outlaw any talk about miracles to be had at Battlewell, the spring that supposedly arose on the spot where his adversary fell. He was probably justified in being angry at Simon for all he had put him through, though. After all, he was the lone magnate who refused to be cowed into accepting an emasculated form of the Provisions. Had Simon fell in line with the others, there wouldn’t have been any war or the nightmare of Evesham. It’s possible the evolution of government begun by Magna Carta in 1215 would have stayed the same course without Simon’s almost fanatical need to impose the Provisions that he swore an oath to uphold at that solemn ceremony in Oxford in 1258. Just like Henry and Edward. 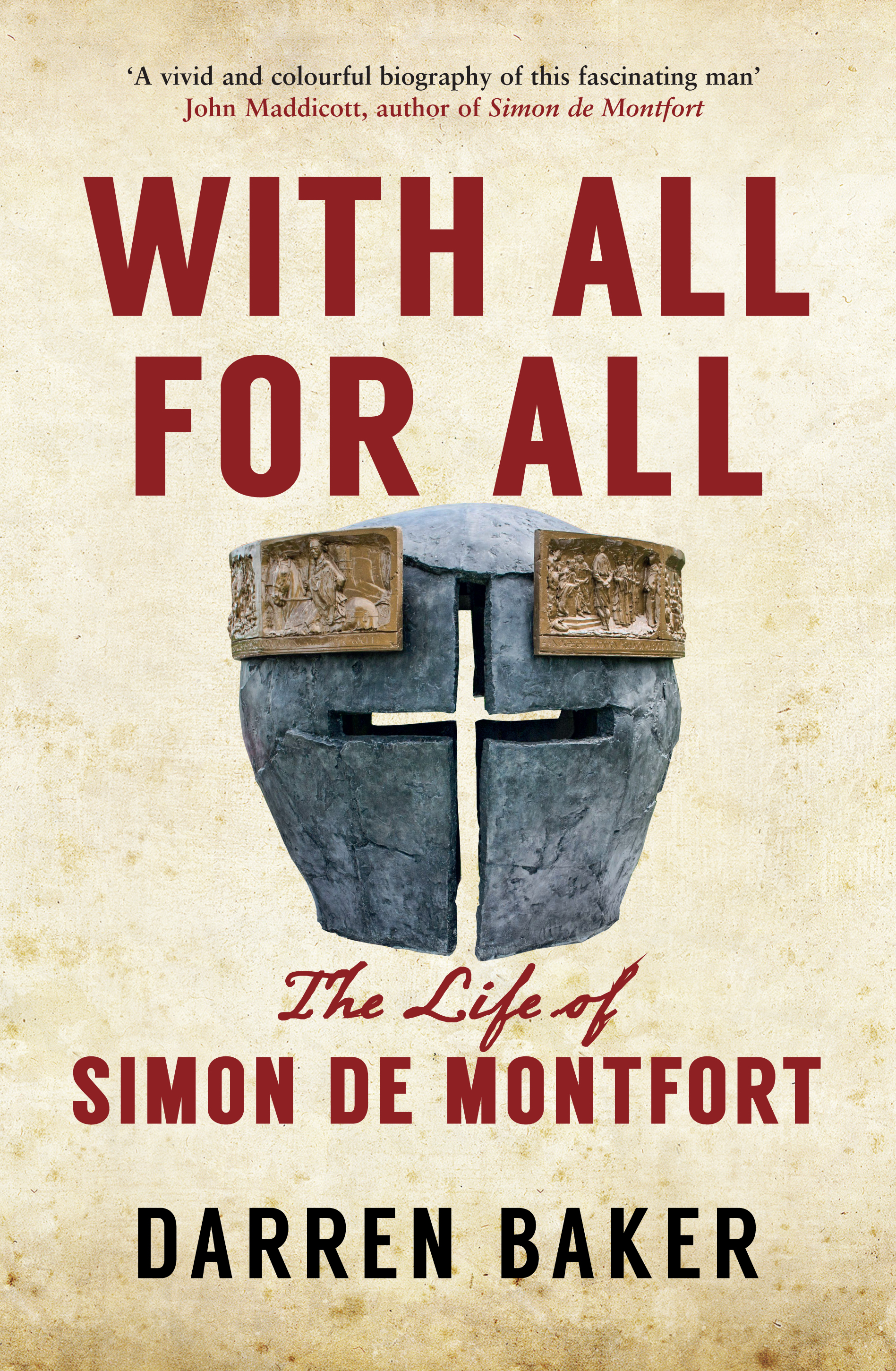 Darren Baker's With All For All: The Life of Simon de Montfort is available for purchase now.