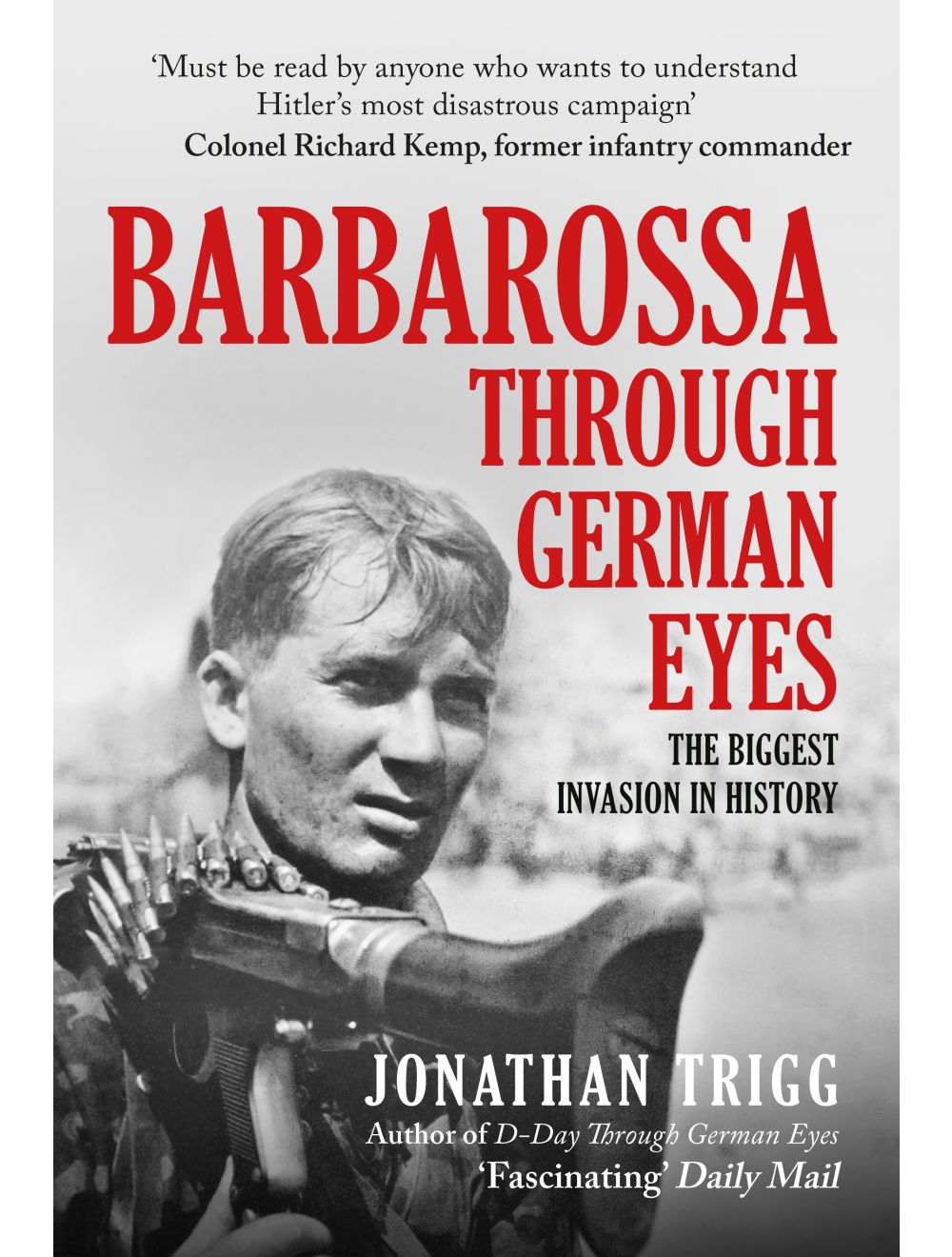 The Biggest Invasion in History

Be the first to review this product
The story of the world’s largest ever invasion through the voices of the men – and women – who witnessed it first-hand.
Regular Price £20.00 Online Price: £18.00
Availability: In stock
ISBN
9781398107229
Add to Wish List
Details

Spring 1941 – the Third Reich triumphant! Having taken over Germany in 1933, Hitler launched a series of lightning campaigns across Europe that crushed Poland, Denmark, Norway, France, the Low Countries and then the Balkans. Only Great Britain had withstood the Nazis, but even it was battered and bruised and close to defeat. Then, on 22 June 1941 – in the most momentous decision of the war – the Nazi dictator turned East and flung his victorious armies into the vastness of the Soviet Union.

Having signed a Non-Aggression Pact with Hitler back in 1939, Stalin was taken completely by surprise by the German attack. Hitler’s Wehrmacht – buoyed by years of untrammelled success and led by some of the greatest commanders Nazi Germany had to offer – crashed across the border and sent the Red Army reeling.

The German plan was simple and its scale staggering; over three million men, armed with over three thousand panzers, the same number of aircraft, more than seven thousand guns and carried by over six hundred thousand vehicles and even more horses, would be joined by over half a million soldiers from allied countries, and together they would destroy the largest army in the world while advancing a thousand miles to the very borders of Asiatic Russia. There they would halt and what remained of the Soviet Union and the communist faith that spawned it would wither and die. In the newly conquered lebensraum, Hitler and the Nazis would then commence the biggest mass human extermination programme in history. Barbarossa was huge, but it was fought by men; and on the German side in particular, it would be fought by junior officers and simple soldiers as the Wehrmacht tried to win the war once and for all.