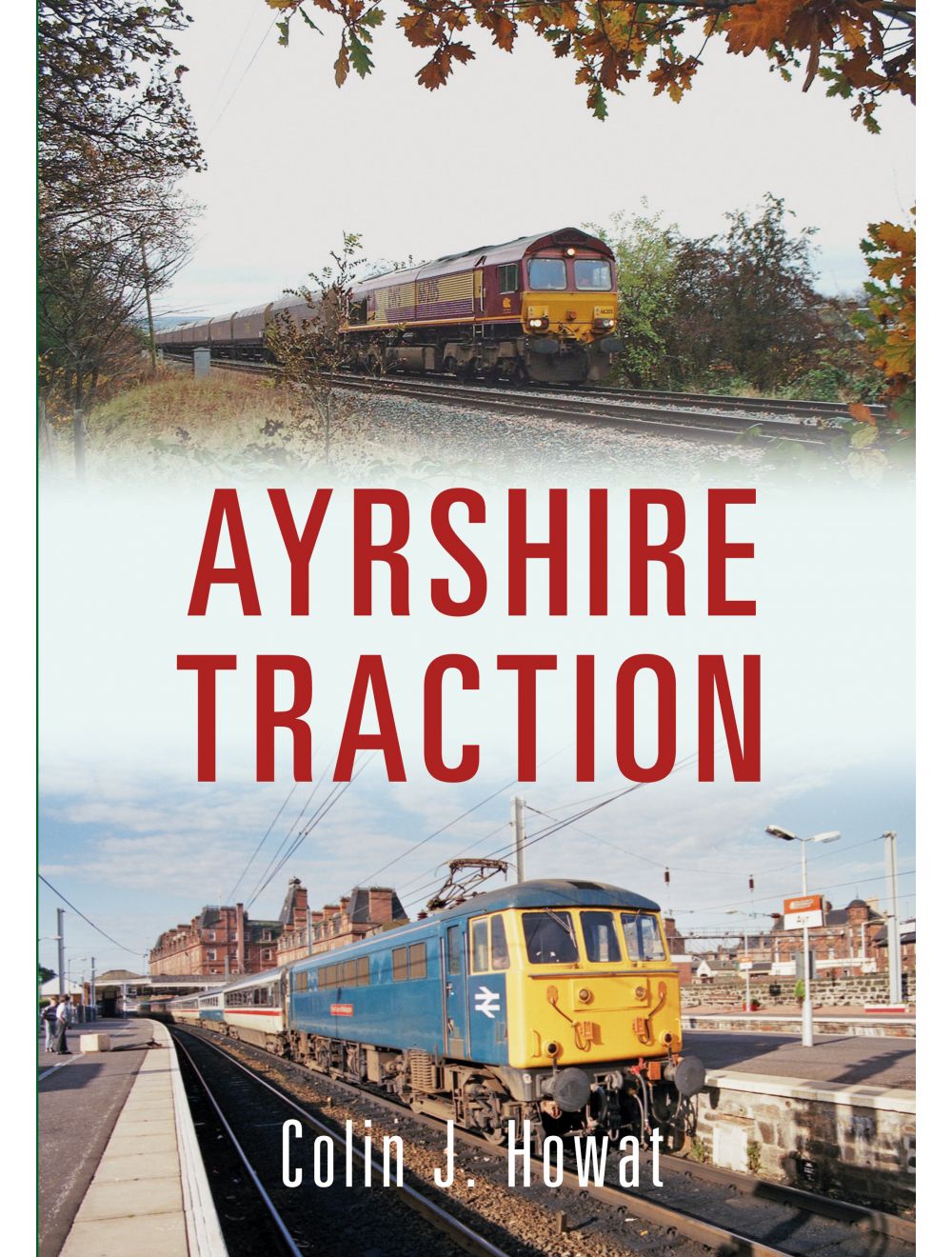 Be the first to review this product
Colin J. Howat explores the fascinating history of Ayrshire traction.
Regular Price £14.99 Online Price: £13.49
Availability: In stock
ISBN
9781445650838
Add to Wish List
Details
In the 1960s, there were still steam locomotives based at Ayr depot and a wealth of branch lines crossed the Ayrshire countryside. Although there was a wave of closures following the Beeching Report, by the 1980s it was decided that what railways were left were worth keeping and some stations such as Kilmaurs and New Cumnock were re-opened. This book takes a look at railway traction in Ayrshire, including at Kilmarnock, Largs, Greenburn, Irvine, Hunterston and Ardrossan Harbour.

Colin J. Howat, who has lived in Ayrshire all his life and spent many years working in the rail industry, uses his wonderful collection of colour and black and white photographs to document the last forty years of diesel and electric traction in Ayrshire, including both passenger and freight trains.
Reviews
Write Your Own Review
Only registered users can write reviews. Please Sign in or create an account