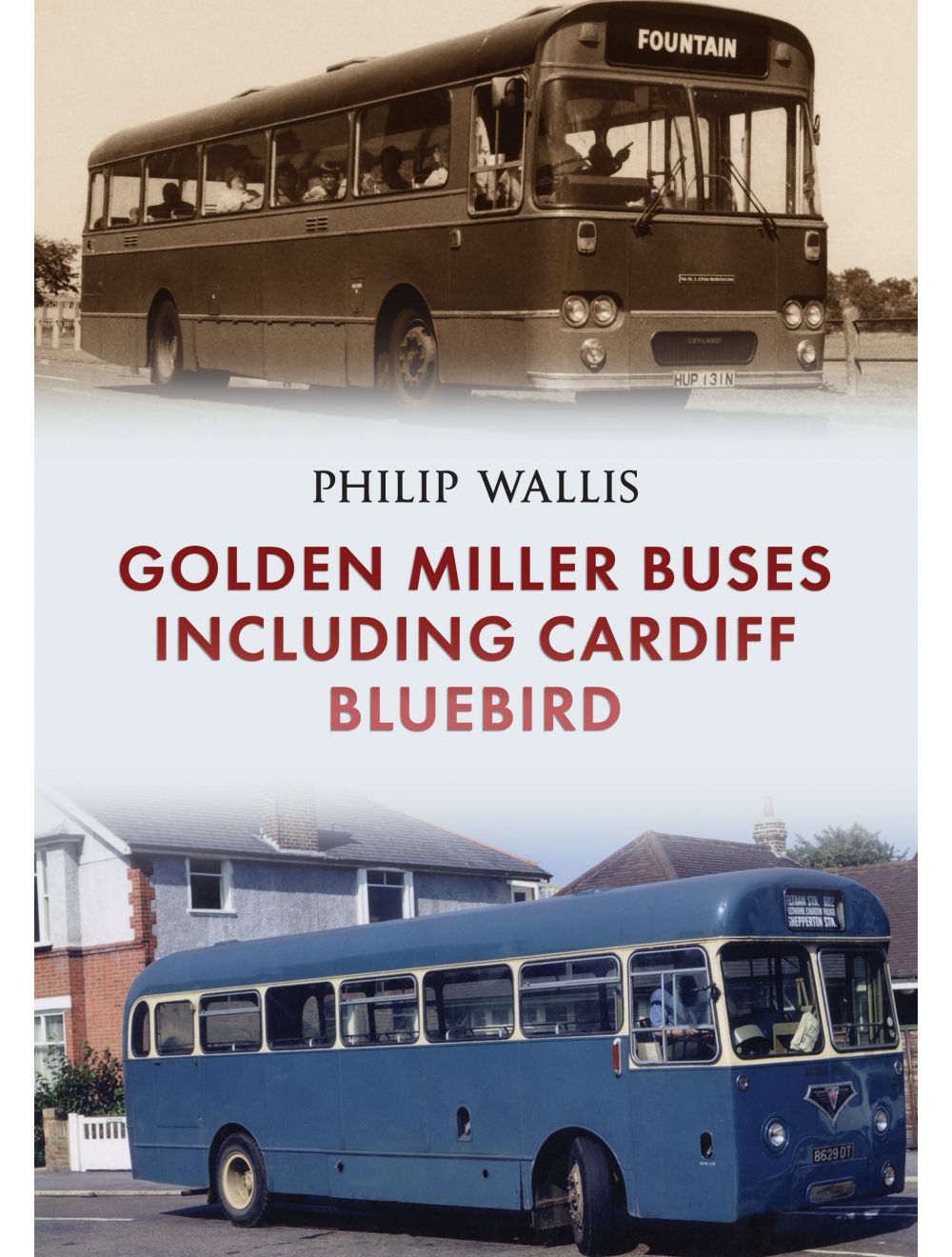 Be the first to review this product
Rare and previously unpublished images of this unusual operator's fleet in action - Golden Miller Buses.
Regular Price £14.99 Online Price: £13.49
Availability: In stock
ISBN
9781445695792
Add to Wish List
Details
Golden Miller was a rare bus operator permitted to run bus services within London Transport’s vast monopoly area. Starting in 1967, the company went on to build up a network of routes around Feltham in west London and Staines in Surrey. Its frequently changing fleet comprised a fascinating array of mostly second-hand buses sourced from across the United Kingdom and even Ireland.

The growth of Golden Miller and its transition into Tellings-Golden Miller, including the latter’s Cardiff Bluebird operation, is described along with insight into some of the personalities involved. Comprehensive fleet lists detail all vehicles operated. Photos illustrate the development of individual routes along with coaches, contract work and garages, using more than 150 pictures including images of previous and successor operators on some services. Route maps complement the coverage.

This book showcases independent bus variety in an otherwise highly standardised bus scene.
Reviews
Write Your Own Review
Only registered users can write reviews. Please Sign in or create an account