Diesels in the Western Region

Be the first to review this product
Stunning previously unpublished photographs of English Electric locomotives. Shows them in service all over the BR system from 1966 to 2019 working a wide variety of trains.
Regular Price £15.99 Online Price: £14.39
Availability: Out of stock
ISBN
9781398101913
Add to Wish List
Details
English Electric built their first diesel loco in 1936 and, before the company closed in 1968, built thousands of diesel and electric locos that saw service all over the world. They were among the companies chosen by BR to build prototype diesel locos for the Modernisation Scheme of 1955, which would see the replacement of steam traction by diesels and electrics. Locos were built to suit a wide variety of duties, some remaining in everyday service fifty years later.

This book of mostly unpublished colour photographs from the collection of George Woods shows them in service all over the BR system from 1966 to 2019 working a wide variety of trains, both passenger and freight, in the great variety of liveries they wore both during their BR service and in later years under private ownership.
Reviews
Write Your Own Review
Only registered users can write reviews. Please Sign in or create an account 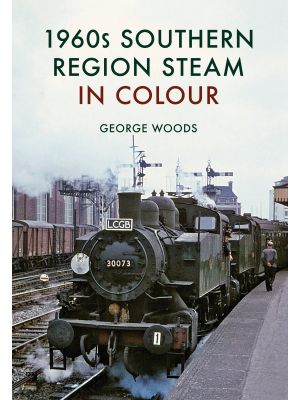