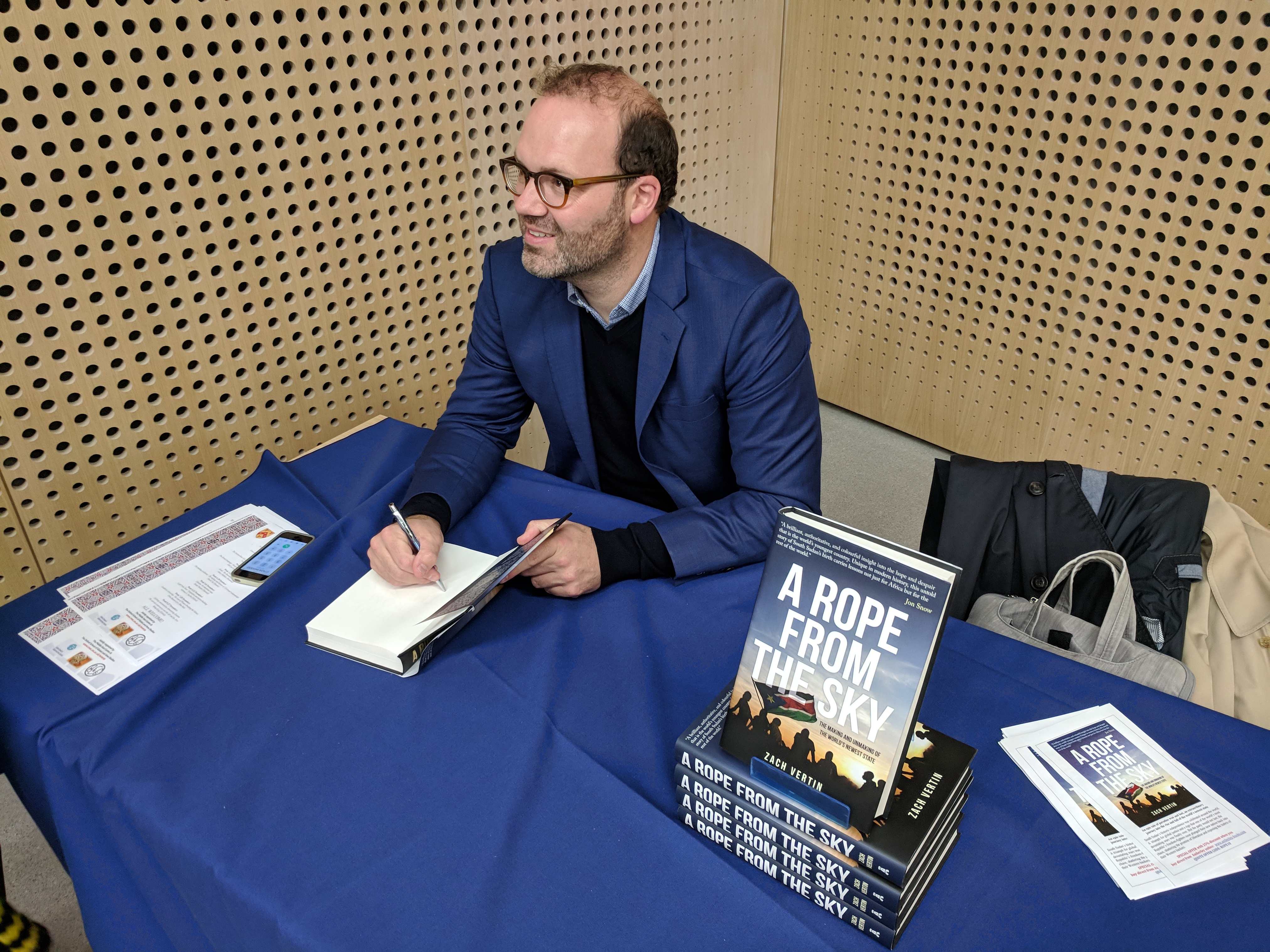 ZACH VERTIN is an American writer, foreign policy analyst, and former diplomat. He has spent the last twelve years working in international politics and peace and conflict issues. He is currently a Lecturer of Public and International Affairs at Princeton University and a Visiting Fellow at the Brookings Institution’s Doha Center. He previously served in the administration of President Barack Obama, and was closely involved in the South Sudan peace process 2014–16. He served as a Senior Analyst for the International Crisis Group in Sudan and South Sudan, and an adviser on UN operations and multilateral affairs in New York. He has written or commented for The New York Times, Washington Post, Wall Street Journal, Financial Times, Foreign Affairs, The Economist, CNN, Al Jazeera, Guardian, Le Monde, Reuters, Bloomberg, and National Public Radio.

"Zach Vertin had a front row seat... With a journalist’s verve he takes us through the cast of characters – and forces – which put this country together and then tragically combined to dismantle it. This is a tale of leaders’ illusions and of a terrible violence consequently unleashed. And it’s a story that has not been properly told till now." Lord (Mark) Malloch-Brown KCMG PC, former United Nations Deputy Secretary- General

"The still-unfolding tragedy of South Sudan is too little understood and too little known, even among foreign policy experts. Zach Vertin is a rare exception... He has spent his life not just explaining how the promise of this young nation, for which so many sacrificed, was broken so badly, but helping end the bloodshed for a people who have seen far too much of it." John Kerry, 68th U.S. Secretary of State, and author of the book Every Day is Extra

"A hugely important contribution to the debate about one of Africa’s longest-running tragedies." Lord (Chris) Patten of Barnes CH PC, Chancellor of the University of Oxford

"A brilliant, authoritative, and colourful insight into the hope and despair that is the world’s youngest country. Unique in modern history, this untold story of South Sudan’s birth carries lessons not just for Africa but for the rest of the world." Jon Snow

"… a political roller coaster from Africa to the White House and back. Zach Vertin guides us through South Sudan’s euphoric independence and its devastating descent into war. A compelling read." Bart Gellman, Pulitzer Prize-winning journalist and author

"A highly readable, well-informed and people-centred account… Essential reading for anyone seeking to understand why South Sudan has unravelled." Dame Rosalind Marsden, DCMG, Her Majesty’s Ambassador to Sudan 2007–10 and EU Special Envoy 2010–13

"A remarkably authoritative account of South Sudan’s rise and fall; Zach Vertin matches expert political analysis with a journalist’s knack for storytelling, and the result is an exciting and immersive book that will be read for years come. He was present at the creation, and could not be better suited to tell this story." Haile Menkerios, former United Nations Under-Secretary-General and Special Envoy to Sudan and South Sudan

"A superb read… Zach Vertin skilfully unpacks the events that gave rise to a nation and then hastened its tragic unravelling. It is at once a story that echoes with the experience and hopes of the South Sudanese people, and a chronicle of one of the most consequential attempts at state-building in the modern era. No matter where we seek to advance the cause of peace and justice in the world, we would be wise to learn from this important book." Rt Hon. Andrew Mitchell MP, former UK Secretary of State for International Development