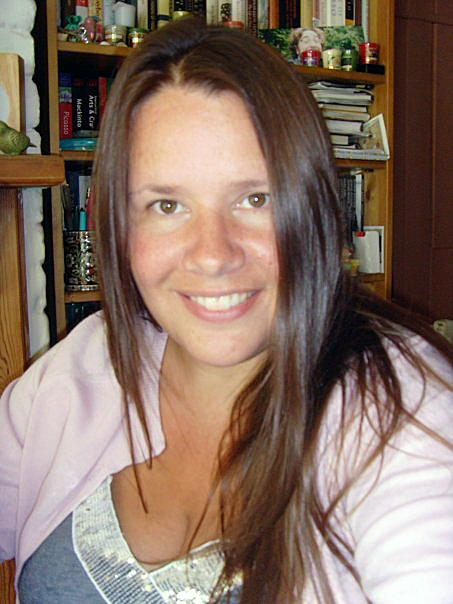 Amy Licence has been a teacher for over a decade. She has an MA in Medieval and Tudor Studies and has published several scholarly articles on the Tudor dynasty and Richard III. Her books include Cecily Neville ('This insight is so rare and so valuable’ PHILIPPA GREGORY), In Bed With the Tudors ('A fascinating book examining the sex lives of the Tudors in unprecedented detail' THE DAILY EXPRESS), 'Anne Boleyn' and Living In Squares, Loving In Triangles: The Lives and Loves of Viginia Woolf and the Bloomsbury Group. Amy has written for THE GUARDIAN, TLS, BBC HISTORY MAGAZINE and appeared on BBC radio and television. She lives in Canterbury with her husband and two children.

‘A fascinating book examining the sex lives of the Tudors in unprecedented detail.’ The Daily Express, 2013

People’s Book Prize website - Go to site to vote for her book http://www.peoplesbookprize.com/book.php?id=1213 (People can now vote for the book until the 28th of February)

By the author of In Bed with the Tudors: 'What really went on in Henry VIII's bedroom.' The Daily Express, 2014

‘It is, therefore, to the author’s credit that the first of this set of books, the biography of Henry VIII’s mother, is an enthralling read from the period preceding the ‘popular’ Tudor years. Amy Licence in Elizabeth of York perceptively suggests that ‘the attraction of biography may lie as much in escapism and difference [to our own lives] as in comparison.’ Women's History Magazine, Summer 2014

‘Amy Licence has given us an insight into the life of a prominent and significant leader during the Wars of the Roses. That she was a woman explains why this glance is so rare and so valuable. As mother of the three sons of York – Edward, George and Richard – she helped put two kings of England on the throne. As grandmother of the Princes in the Tower she was present at the greatest mystery in English history. Nicknamed the ‘Rose of Raby’ for her famous beauty, she was the loving and loyal wife of the York lord who started the Wars of the Roses. This is a considered and scholarly account of the matriarch of the House of York.’ Philippa Gregory, 2014

‘A long overdue biography of one of the most dramatic medieval heroines – vivid, very readable, and wonderfully detailed.’ Sarah Gristwood, author of Blood Sisters: The Women Behind the Wars of the Roses

‘We have long needed a full-length biography of one of England’s most famous medieval queens, the story of whose life spans the entire tumult of the Wars of the Roses. Licence’s work is a readable and engaging portrait of life at the centre of power during a remarkable age, filled with detail that brings Cecily Neville and her age to life.’ Chris Skidmore, author of Bosworth: The Birth of the Tudors, 2014

‘The story of Cecily Neville has been neglected for too long. Amy Licence has written a well-researched, thoughtful and deeply perceptive biography of this important lady.' Josephine Wilkinson, author of Richard III: The Young King to Be, 2014

‘A readable, sympathetic portrayal of a medieval woman and her world. Amy Licence provides an engaging narrative of Cecily’s life and times, incorporating a wealth of fascinating detail.’ David Santiuste, author of Edward IV and the Wars of the Roses, 2014

‘Amy Licence is a terrific writer.’ Susan Bordo, author of The Creation of Anne Boleyn, 2014

The Six Wives & Many Mistresses of Henry VIII

‘The way Amy Licence writes the story of the wives and the mistresses is so unique and beautiful and this is a must-read for everyone that hasn’t read about the wives yet. This book is a great addition to the Tudor shelves and to women’s histories which she tells in such a way that hasn’t been told before.’ Tudors: Fact vs. Fiction Facebook page, 29th October 2014

‘If you are looking for a book that make the historical knowledge of Henry VIII and the women in his life juicy without sacrificing veracity to sensationlism, this is the book for you.’ http://www.kyrackramer.com/2014/11/12/the-six-wives-many-mistresses-of-henry-viii-the-womens-stories/, 12th November 2014

‘The best writers know and write for their targeted audience. The most clever writers have a particular skill they have mastered. In Amy Licence's case, her particular skill is the culture and society of Tudor women. A favorite quote from the book: "The greater the love he felt for them, the greater the suffering he needed to inflict upon them"’ http://impressionsinink.blogspot.co.uk/2014/11/review-six-wives-and-many-mistresses-of.html, 12th November 2014

‘The Six Wives and Many Mistresses of Henry VIII is an enlightening read and I enjoyed Amy Licence’s style of writing. Licence successfully combines good history with a readable style, making history accessible and interesting to a wide range of readers.’ TheAnneBoleynFiles.com, 22nd December 2014

‘This is a superbly readable account of the larger-than-life King and his conquests, and one of Amberley's finest history books yet. Absolutely superb!’ www.booksmonthly.co.uk/nostalgia.html, December 2014

‘This fresh, well-paced and concise account of an interesting set of royal affairs is well worth delving into.’ This England magazine, Winter 2014 edition