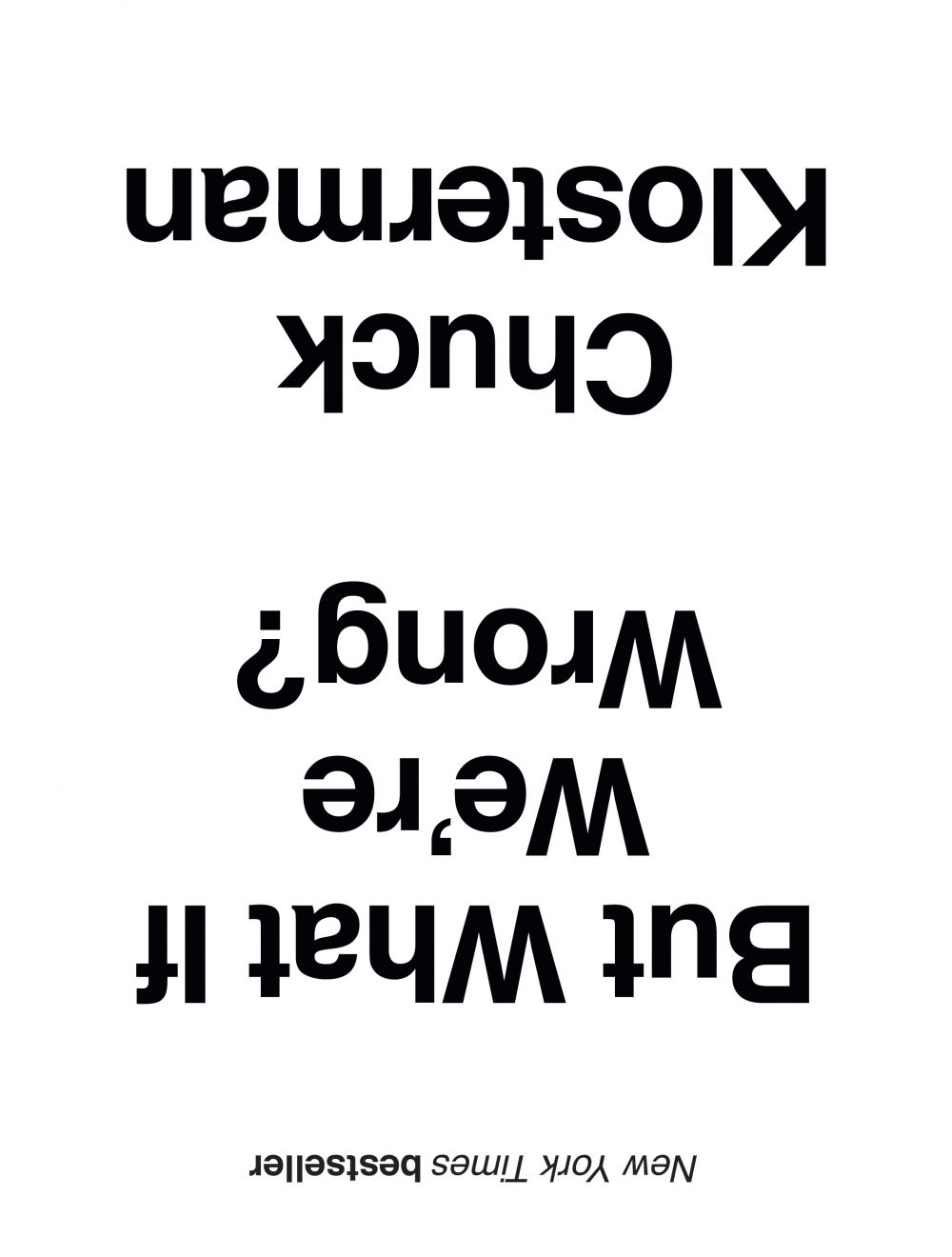 But What If We're Wrong?

Be the first to review this product
What if everything we are most certain about turns out to be totally wrong?
Regular Price £16.99 Online Price: £15.29
Availability: In stock
ISBN
9781445663388
Add to Wish List
Details

This has always been the case, no matter how often that certainty has failed. Though no generation believes there’s nothing left to learn, every generation unconsciously assumes that what has already been defined and accepted is (probably) pretty close to how reality will be viewed in perpetuity. And then, of course, time passes. Ideas shift. Opinions invert. What once seemed reasonable eventually becomes absurd, replaced by modern perspectives that feel even more irrefutable and secure – until, of course, they don’t.

Kinetically slingshotting through a broad spectrum of objective and subjective problems, But What If We’re Wrong? is built on interviews with a variety of creative thinkers – George Saunders, David Byrne, Jonathan Lethem, Kathryn Schulz, Neil deGrasse Tyson, Brian Greene, Junot Díaz, Amanda Petrusich, Ryan Adams, Nick Bostrom, Dan Carlin, and Richard Linklater, among others – interwoven with the type of high-wire humor and nontraditional analysis only Klosterman would dare to attempt. It’s a seemingly impossible achievement: a book about the things we cannot know, explained as if we did. It’s about how we live now, once ‘now’ has become ‘then’.