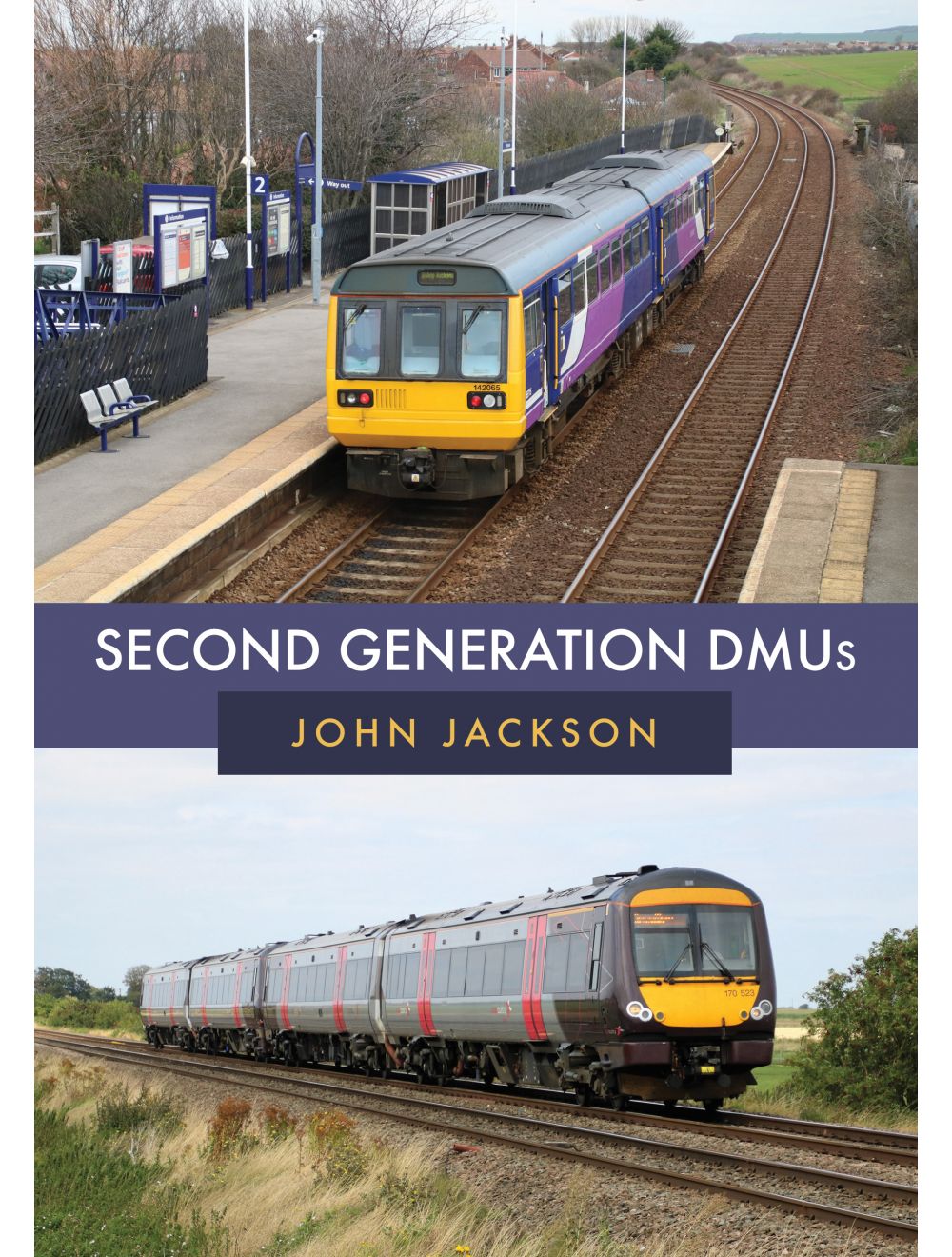 Be the first to review this product
A collection of photographs of second generation Diesel Multiple Units in action on Britain's railways.
Regular Price £14.99 Online Price: £13.49
Availability: In stock
ISBN
9781445675961
Add to Wish List
Details
It is now more than thirty years since two words synonymous with Diesel Multiple Units became part of railway parlance – ‘Pacers’ and ‘Sprinters’.

The Class 142 Pacers were introduced in the mid-1980s and, despite almost continuous criticism as to their lack of comfort, these ‘nodding donkeys’ remain in revenue-earning service. From these beginnings in the 1980s our rail network has seen a total of twenty or so classes of Second Generation DMUs enter service. Indeed, they are the mainstay of secondary passenger services on non-electrified lines right across the network. This book takes a closer look at these units in action with each class on display. From examples of ScotRail Class 158s and 170s on services out of Inverness to the Great Western Railway’s Class 150s and 153s working services in Devon and Cornwall, this book is also a whistle-stop tour of non-electrified lines across the UK. These lines have survived into the twenty-first century and the second generation DMU has played an important part in this.
Reviews
Write Your Own Review
Only registered users can write reviews. Please Sign in or create an account