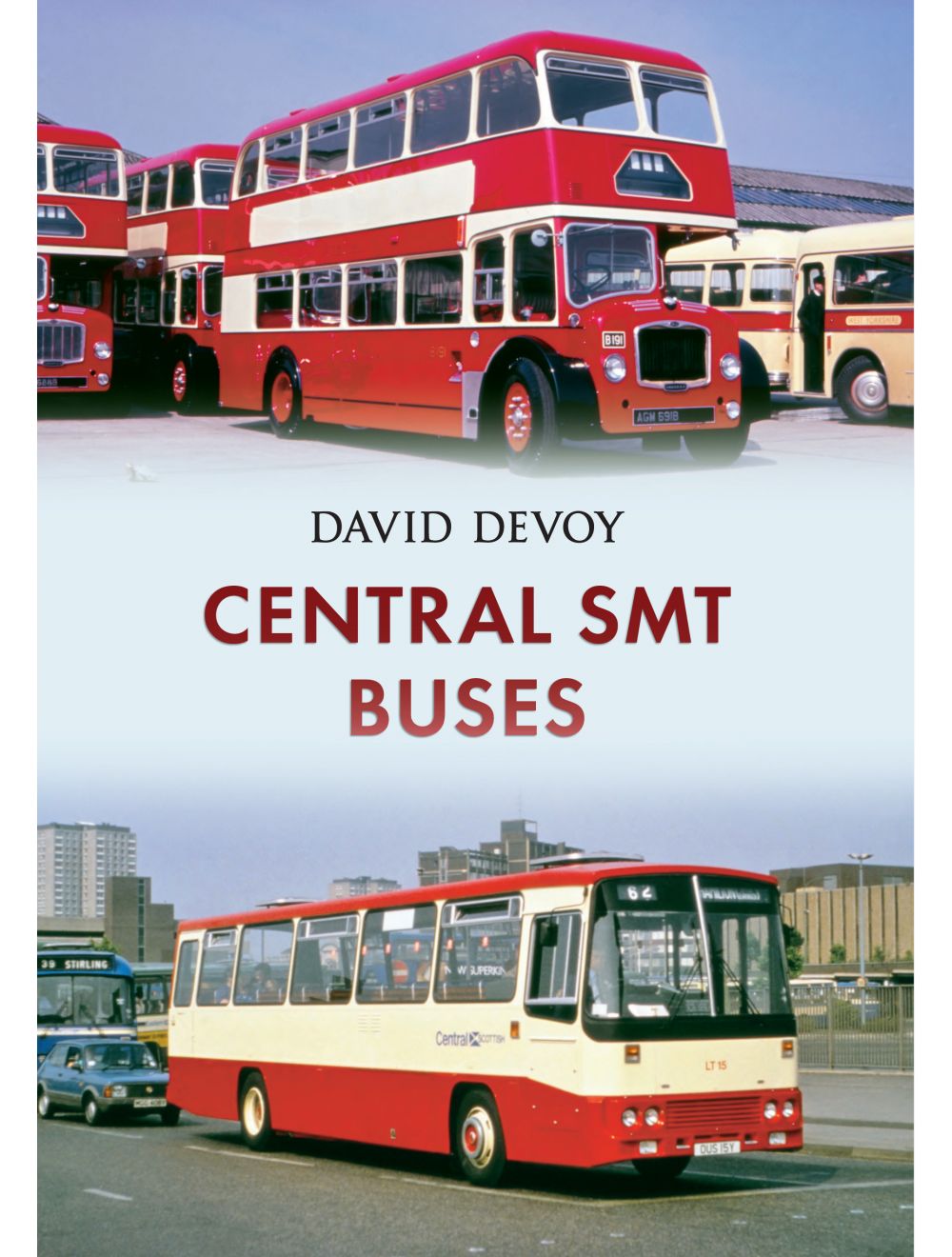 Be the first to review this product
This fascinating selection of photographs gives an insight into the history and vehicles of Central SMT.
Regular Price £15.99 Online Price: £14.39
Availability: In stock
ISBN
9781445654805
Add to Wish List
Details
Scottish Motor Traction, or SMT, was originally founded in Edinburgh in 1905. In 1932, Central SMT was founded from a network of services that had been controlled by the London, Midland & Scottish Railway which radiated out from Glasgow into Lanarkshire, and from the services of two further major Lanarkshire bus operators. Nationalised in 1948, Central SMT would become part of the Scottish Bus Group until it was broken up in 1985 under deregulation, becoming Central Scottish Omnibuses.

The largest bus operator in central Scotland, Central SMT was responsible for services in and between the towns of East Kilbride, Airdrie, Motherwell, Wishaw and Hamilton. In this profusely illustrated book, bus enthusiast and photographer David Devoy takes a look at the buses of Central SMT.