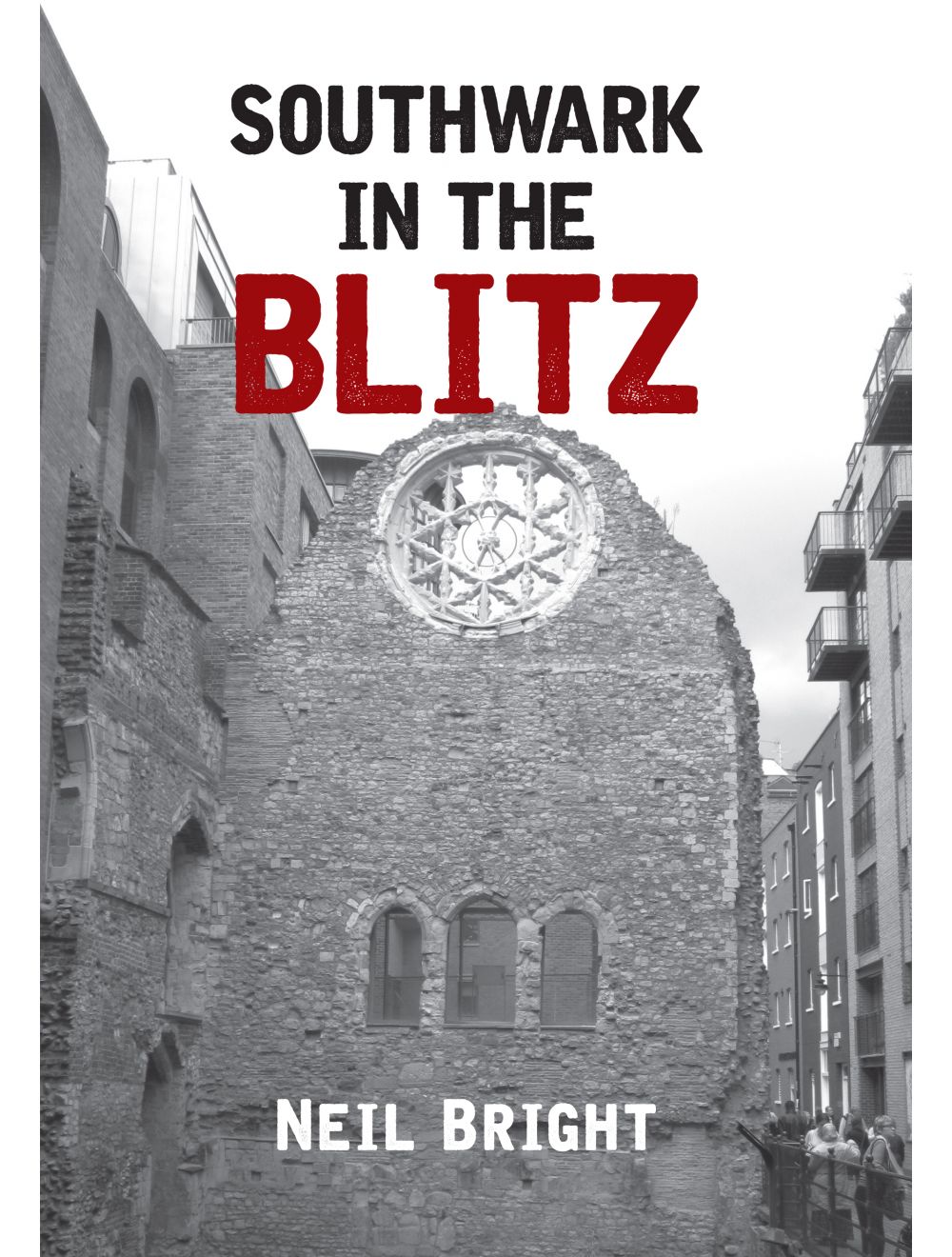 Southwark in the Blitz

Be the first to review this product
The moving and dramatic account, in words and pictures, of how the London borough of Southwark survived the Blitz
Regular Price £14.99 Special Price £13.49
Availability: In stock
ISBN
9781445656151
Add to Wish List
Details
The modern London Borough of Southwark was an amalgamation of the old boroughs of Southwark, Bermondsey and Camberwell in 1965. Each of these old boroughs has their own unique Blitz stories; some tragic, some extremely sad and some even funny.

On that first raid Bermondsey’s own Surrey Docks was one of the intended targets for the Luftwaffe. Twelve hours later Surrey Docks was a smouldering ruin with many of its inhabitants homeless, jobless, killed or injured. On 7 September it was also the scene of several extremely brave Civil Defence actions resulting in gallantry awards.

On the night of 7/8 September, 1940, nearly 150 of the three boroughs’ citizens had been killed. This was the start what became known of the “Night Blitz” lasting through to May 1941. At the end of this period this total had risen to nearly 2,000. Prior to the start of the Night Blitz young boys had been marvelling at the dog fights over North Kent between the RAF and the Luftwaffe. Now this was a different war; the homes and streets of London were the new front-line. With their “never surrender” and defiant attitude the population were the new front line troops.

Through the eyes and words of the three boroughs’ inhabitants and local research this book takes the reader through the Night Blitz, the Nuisance Raids, the Baby Blitz and the V-Weapon attacks. It is also a testament to those who 'endured' in the three boroughs.
Reviews
Write Your Own Review
Only registered users can write reviews. Please Sign in or create an account