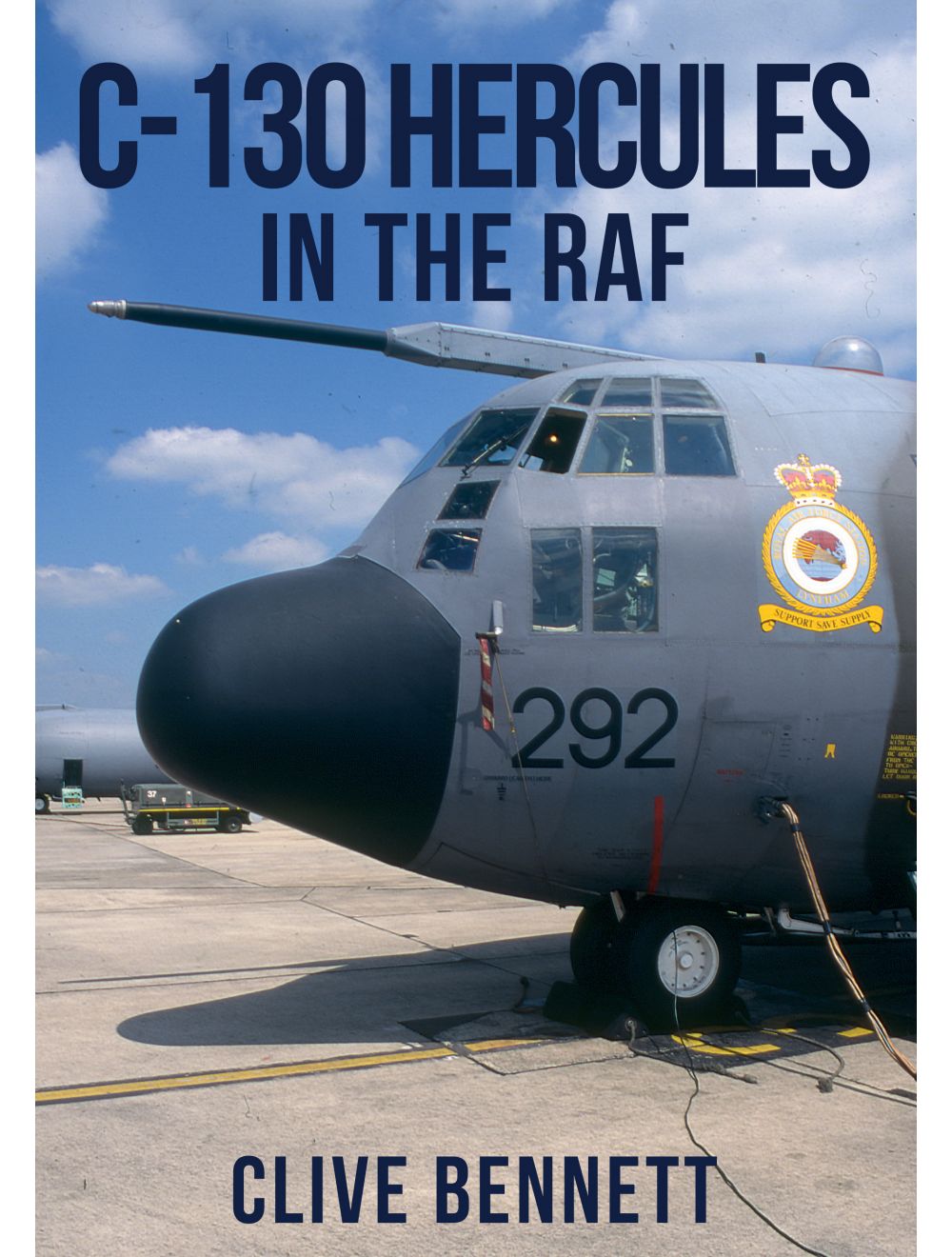 Be the first to review this product
A highly illustrated celebration of fifty years of the Hercules in service with the Royal Air Force.
Regular Price £15.99 Online Price: £14.39
Availability: In stock
ISBN
9781445652078
Add to Wish List
Details
From its introduction in the mid-1960s, when the first aircraft were delivered, through the various humanitarian missions, the Falkland Islands conflict and operations in Iraq and Afghanistan, right up to the introduction of the J version, the Lockheed C-130 Hercules continues to give outstanding service with the RAF and with an expected retirement date of 2030, this would total a service career lasting for a staggering sixty-four years of continuous operations.

Designed with an internal hold the same size and dimensions as the American railroad boxcar, the Lockheed C-130 Hercules could carry a wide variety of cargo over distances of up to 2,950 miles. It offered a great improvement over the eclectic mix of its predecessors, the Blackburn Beverley, Handley Page Hastings and Armstrong Whitworth Argosy, all of which continued to provide support, albeit in a secondary role, within RAF Transport Command once the Hercules was introduced to service. This gave an advanced leap in transport capabilities that the RAF had never had at its disposal until the Hercules joined the active inventory.

This book tells the full story of one of the most important aircraft in RAF service over the last fifty years. A workhorse that is also astonishingly adaptable for a range of specialised operations, the Hercules is capable of carrying troops as well as vehicles, moving men from one location to another in peacetime training or inserting special forces teams on clandestine operations in time of war.
Reviews
Write Your Own Review
Only registered users can write reviews. Please Sign in or create an account